Yasemin Şamdereli talks about “The Night of all Nights” – Episode 368 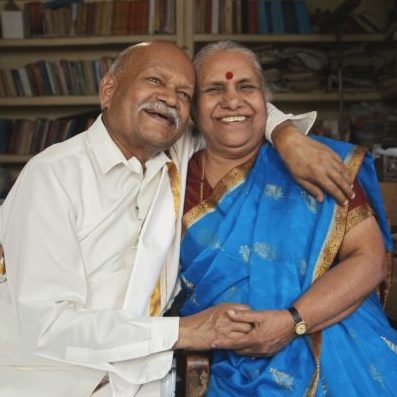 Yasemin Şamdereli and David Peck talk about her new film Night of all Nights, love, sex and relationships, living in fast times, patience, romanticism, cloud 9, others and what really counts in a relationship.

An inter-caste couple from India that had to break with their families in order to get married, a Japanese couple that was forced to marry and struggles with love, a

German postwar couple and two gay men from the United States, who were only allowed to marry after five decades, solving the associated legal problems by adopting each other.

Four couples from three continents talk openly and honestly about what it means to be together for 50 years or longer. Whatever brought them together, whether it was love or an arranged marriage, they all have one thing in common: they have devoted their entire life to this relationship.

Yasemin and Nesrin Şamdereli have made an amusing and touching, an entertaining and profound film about love. With surprising openness, their protagonists talk about sex and morals, love and society, children and partnership.

Yasemin Şamdereli was born and grew up in Dortmund, West Germany. After completing her Abitur exams she went straight to the HFF (University of Television and Film) in Munich. While studying, Yasemin worked alongside Jackie Chan on two of his international features as Assistant Director.

Her graduation film KISMET was screened at many renowned film festivals and also won the Short Tiger Award. After directing two films for television her first feature length cinema production ALMANYA: WELCOME TO GERMANY premiered at the Berlin International Film Festival in 2011 and went on to receive numerous prizes including two German Film Awards for Best Script and Best Film.