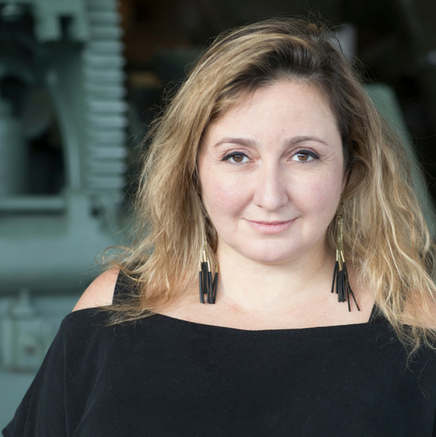 Viveka Melki talks about her art exhibition War Flowers, our human tendency toward war, and the importance of telling the story.

War Flowers is a multi-platform exhibition that will provide visitors with a unique immersive experience. It draws on letters written during World War I. Each letter home included a flower, poppies from Flanders and daisies from the Somme, picked from a battlefield and pressed between the pages. The letters written by Lt Col. Cantlie to his wife and children in Montréal, link to nine other key figures and provide perspectives on the Canadian contribution to the war effort. It is the story of humanity’s unfailing ability to find beauty in war.

War Flowers: A Touring Art Exhibition curator Viveka Melki  is a Canadian filmmaker and screenwriter. She has lived, worked and traveled in cultures where repressive regimes are dominant. From these experiences are born her projects around conflict – and the capacity of the human spirit for resilience. Reflecting on the subject of war, she says: “I dislike war because it runs in our blood and then our blood runs. My goal as an artist is to tell history in our time, with our voice as artists in this era. I bring my film experience into all my work so, in the end, I am a storyteller. I always ask one question when looking at Canadian history – what did it feel like? And if we can capture a fraction of that and bring you into that experience, then we have succeeded.”

Born in The Gambia, West Africa of Brazilian/Lebanese descent, and educated in the UK before immigrating to Canada, Melki sees the world through a multi-cultural lens. In 2014, she directed the two-part series War Correspondence (Radio-Canada, RDI). Her feature-length documentary After Circus (2015) received acclaim after screenings at several North American film festivals, including Hot Docs in Toronto and the Rencontres Internationales du Documentaire de Montréal, as well as at the prestigious Sunny Side of the Doc Festival in La Rochelle, France. It was broadcast across Canada on CBC’s documentary Channel in June 2016.

In April 2017, Viveka’s new documentary, Carricks: In the Wake of the Irish, aired on Radio-Canada & RDI. It is the tragic story of the Carricks shipwreck in 1847 and one family’s quest to find the truth – a quest that becomes the journey of the Francophone-Irish in Quebec. Viveka is currently working with the New Chapters Canada Council for the Arts on her new film, Alouette, about the Japanese POW camps during the Second World War.