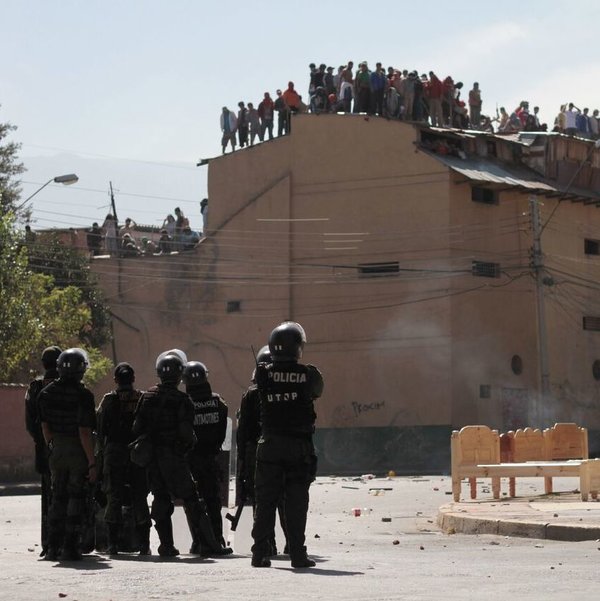 Violeta and Face2Face host David Peck talk about Cocaine Prison, freedom, power and politics, the “War on Drugs” and indigenous history and truth.

Violeta Ayala is an award-winning indigenous filmmaker and writer born in Bolivia. Her credits include Cocaine Prison (2017) premiering at the Toronto International Film Festival. The Fight (2017) distributed by The Guardian Shorts, winner of the Doc Dispatch Award at the Sheffield Doc Fest, The Bolivian Case (2015), premiered as a Special Presentation at Hot Docs, was nominated for Premios Platino and Fenix (the two most prestigious awards in Ibero-America) and was distributed by Ibermedia across Latin America to an audience of 625 million.

Stolen (2009) which premiered at Toronto International Film Festival, screened in 80 festivals worldwide has won 15 awards and aired on PBS. Violeta is currently working the feature version of The Fight and WAR, a documentary about black rights in Australia. She is also writing the screenplay El Comunista about her grandfather – a Serbian Jew, leader of the Bolivian Communist party and friend to Che Guevara. Violeta writes a popular blog at the Huffington Post.

In Cochabamba, Bolivia, the children “swim” excitedly in huge piles of coca leaves, like the Ball Room in a McDonald’s play area. Mediums tell fortunes by reading the leaves. When they grow older, the children help harvest the coca plants. The relationship between the coca plant and cocaine is akin to grapes and wine. While growing a certain amount of coca leaves is legal, making, taking or transporting cocaine isn’t.

Amid this conundrum, teenagers may be paid $100 to transport cocaine, risking arrest and years in the notorious San Sebastian Prison.

This is the life on display in Cocaine Prison, where the boundaries of legality are blurred, in a country where the coca crop by-product all but props up a “grey market” economy. Needing to pay lip service to the U.S. War on Drugs, the Bolivian government enforces drug laws, which allows it to charge powerless drug workers while often turning a blind eye to powerful “big fish.”

Cocaine Prison is a rare case of a prison documentary partially shot by the inmates themselves. The twists of the tale are almost movie-like, with Daisy mulling a devil-or-angel choice of freeing her brother by becoming a “mule” herself, or cooperating with authorities seeking her testimony against her boss. “The universal truth of the War on Drugs is that it targets the most vulnerable everywhere: the drug workers at one end and the drug addicts on the other,” Ayala says. “They are the ones who are called criminals. But the world economy runs on drug money. And the key players, the big fish, live outside justice. The justice system is based on money, class and race.