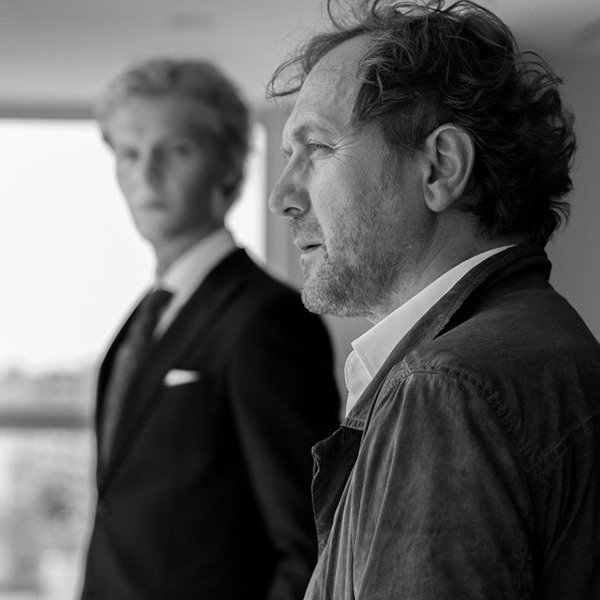 Urszula Antoniak and Face2Face host David Peck talk about her gorgeous new film Beyond Words, Identity, voice, racism and otherness, immigration and empathy and how a film is rarely about the plot.

The children’s film LIFE ACCORDING TO NINO (2014), which was written by Antoniak, won the prize for Best Children’s Film at the Cinekid Film Festival in 2014 and at BUFF in Sweden in 2015. BEYOND WORDS is Antoniak’s fourth feature film. Antoniak has recently been supported by the Netherlands Film Fund with a special grant for the development of international talent for the project STRANGER.

Nothing in Michael, a young and successful Berlin lawyer, gives away his Polish roots. The sudden appearance of his father, who was long presumed dead, plunges Michael into an existential crisis. After his father leaves, Michael can’t return to his life as a German. Michael and his boss and best friend Franz feel at home in Berlin’s hip restaurants, bars and clubs.

There is seemingly no difference between them, but Michael, who emigrated from Poland after the death of his mother several years ago, still pays extra attention to his accent. Michael is thrown into turmoil when a run-down Polish bohemian shows up on his doorstep and claims to be his father.

Father and son, two complete strangers spend a weekend together, torn between empathy, rejection and mistrust. As Michael’s roots catch up with him, a painful crisis seems inevitable…