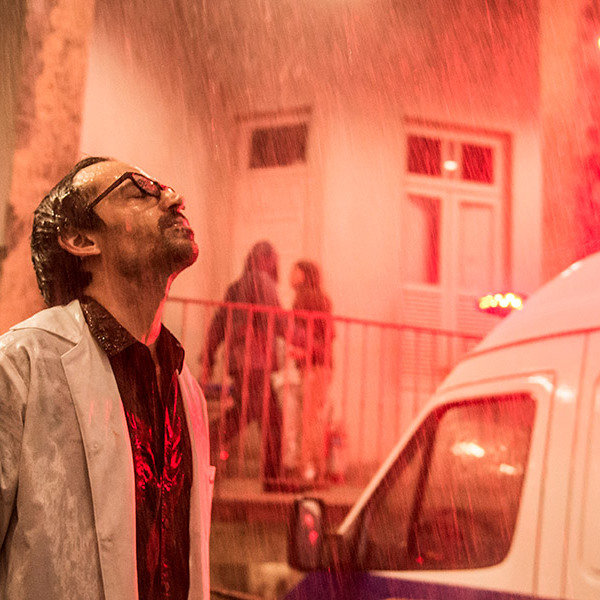 Andrucha, Mini, Lucas and Face2Face host David Peck talk about their new medical TV series Under Pressure, public versus private health in Rio de Janeiro, infrastructure, science versus faith, corruption and why there is hope.

An ambulance siren marks the beginning of another tough day for the medical staff of a Rio de Janeiro public hospital. In between patients, they struggle with the constant challenges of the chaotic environment of an ER in the outskirts of the city, crossing every line to keep patients alive in a hospital that is running out of supplies.

Anguish and personal drama are bubbling over among the people who come to hospital looking for help. The desire to save lives is what drives the doctors in Under Pressure, an authentically Brazilian medical drama.

Amid the daily struggles, two people tormented by the ghosts of their past, find solace in one another the soothe their ailing souls.

Under these rough conditions, the surgeons, each with their particular quirks, each a specialist in their own field, come together to make up a team of hero doctors. These heroes are willing to do whatever it takes to help those in need and offer even a glimmer a hope to people who come in every day with their lives at risk. From directors Andrucha Waddington and Mini Kerti, Under Pressure comes out of the Andrucha Waddington feature film of the same name.

Co-produced by Globo and Conspiração Filmes, created by Luiz Noronha, Claudio Torres and Renato Fagundes, the film is based on an original concept by Mini Kerti and freely inspired by Marcio Maranhão’s, Sob Pressão – A Rotina de Guerra de um Médico Brasileiro