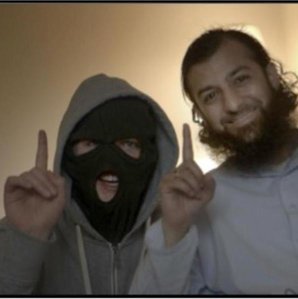 Ulrik Imtiaz Rolfsen and  Adil Khan Farooq talk with Face2Face host David Peck about their new film Recruiting for Jihad, love and community, religion and inclusion, radicalization and why notions of “us versus them” is going lead nowhere.

Filmmakers Ulrik Imtiaz Rolfsen and Adil Khan Farooq followed the well-known Islamist missionary Ubaydullah Hussain for three years. A charismatic and intelligent man, he is also a recruiter with ties to ISIS who acts as the spokesperson for The Prophet’s Ummah, a Salafi-jihadist organization in Norway.

Hussain is more than happy to share his views and practices with the camera, offering unparalleled insight into the life of an extremist. At first presenting himself as rational, open-minded and tolerant, Hussain’s ideological contradictions and prejudices are slowly revealed in this compelling and eye-opening exposé.

The stakes get even higher as people we see Hussain recruiting become linked to terrorist acts. Eventually the documentary footage is seized by police as evidence, leading to a court case that also raises questions about freedom of the press. Recruiting for Jihad is an essential and ground-breaking piece of investigative filmmaking.

Ulrik Imtiaz Rolfsen is an award winning director, producer and writer. He is best known for his action drama IZZAT (2005), his TV series TAXI (2011 – awarded Best Dramatic Series, Gullruten – the Norwegian Emmy). Other films directed by him include the crime thriller Varg Veum – Bitter Flowers (2007) comissioned by German TV ARD Degeto, the slacker comedy The Last Joint Venture (2008), the low budget sequel to Izzat, HARAM (2014), and the documentaries Voluntarily Forced (2014) and Recruiting for jihad (2017).

In 2012 he founded the Oslo based production company Curry Film as. Ulrik was elected representative in the Oslo City Council in 2015, and features regularly in Norwegian media.

Adel Khan Farooq is an up and coming director, author and journalist who has worked on various projects despite his young age. Adel has worked for the Norwegian tabloid newspaper Dagbladet, and contributed to several documentary movies as a researcher, photographer and cameraman, before his directorial debut and breakthrough with Recruiting for Jihad.

Recruiting for Jihad has drawn praise by the critics in Norway by referring it as an essential and ground-breaking piece of investigative filmmaking.

Adel has also written My Brothers, a novel about radicalization that has been on the Norwegian bookstores bestseller list.

He has been featured in national media and national television broadcasts with NRK, TV2, as well as national newspapers Aftenposten, VG, Dagbladet, Morgenbladet, Klassekampen and many more.

Adel is also a public speaker talking about themes as identity, background and religion.

He is currently working on several projects in both filmmaking and scriptwriting.

He is based in Oslo, Norway and Islamabad, Pakistan.