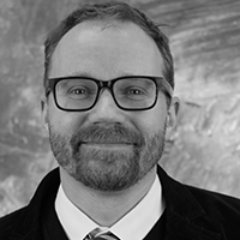 Todd and I talk about masculinity, gender violence, “calling out versus calling in”, the business case for doing it “right”, and why Jack Layton believe you need a dream to live beyond yourself.

Todd Minerson is the Executive Director of the White Ribbon, the world’s largest effort of men and boys to end men’s violence against women. He is also the CEO of Parker P. Consulting, a social enterprise wholly owned by White Ribbon, working on gender issues with the private sector.

Initiated in Canada in 1991, the White Ribbon now has a presence in over 65 countries around the world.

The White Ribbon symbolizes a man’s pledge to never commit, condone, or remain silent about violence against women.

Todd’s work on engaging men and boys in gender based violence prevention and the pursuit of gender equality has taken him around the world.

His also work includes numerous engagements with the United Nations, including as a member of the UN Women Global Civil Society Advisory Group. Todd is also a member of the Province of Ontario’s Permanent Roundtable on Violence against Women, and the Advisory Council for A Federal Strategy on Gender-Based Violence with the Government of Canada. Recently Todd was elected as the Co-Chair of the Global MenEngage Alliance, a group of 600 NGOs working on gender equality issues with men and boys.

Of all these accomplishments he is most proud of being a father, a husband, and a really average hockey player.