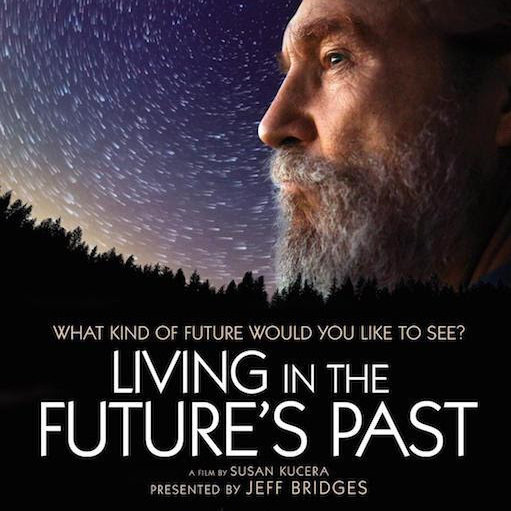 Susan and I talked about her new film Living in The Future’s Past, the environment, desire and making better choices, hope, agency and about why life is really an invitation.

Watch the Trailer and find out more about the film here.

Living in the Future’s Past is a beautifully creative and unique film that weaves evolution, emergence, energy, dark ecology and what some are calling the end of nature into a story that explains our place among the species of the Earth’s household. Presented and narrated by Academy Award-winning actor Jeff Bridges and directed by Susan Kucera (Breath of Life, For the Love of Tango, Trading on Thin Air) will have its World Premiere at Santa Barbara International Film on Thursday February 1st 2018.

Jeff Bridges presents this beautifully photographed tour de force of original thinking on who we are and the environmental challenges we face. The film upends our way of thinking and provides original insights into our subconscious motivations, the unintended consequences, what to do about our fossil slaves, and how our fundamental animal nature influences our future as Humankind. Living in the Future’s Past feels like a bolt of lightning from both the future and the past and aims to put the viewer in the drivers’ seat. It is a strikingly original take on who we are, where we came from and why our thoughts and actions are the way they are.

Susan Kucera has been working in film since she was nine years old, first as a camera assistant creating science films with her father for Britannica films, then as a screenwriter and commercial director.

One of the first owner/operators of the groundbreaking Red OneCamera she produced, wrote, directed and filmed Trading on Thin Air (2009), wrote, filmed, directed and co-produced For the Love of Tango (2014), directed, filmed and produced Breath of Life (2015).