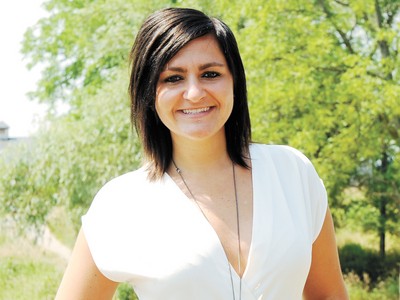 Listen in to Shae as she gives us her take on Slavery, Bill C-36, “Evil at its best” and why Canada is at a cross roads when it comes to the slave trade. She also talks about the legacy she wants to leave, why we should always give back and how life is really all about people.

Invidiata moved to the United States at 18 to pursue a degree in advertising at Hawaii Pacific University, which is where her journey began in her fight against human trafficking. Seven years later, with an associates in Marketing from HPU and a BA in Religious Studies from The University of British Columbia, Invidiata works full-time as a Sales Representative at The Invidiata Team – #1 REMAX Team in Canada, and #2 RE/MAX Team Worldwide 2010. In January 2010, Invidiata officially founded [free-them], an initiative dedicated to raising awareness and funds to abolish human trafficking in Canada and abroad by partnering with people, organizations, & businesses to fight human trafficking – slavery today.

Invidiata has sat on round table discussions for MPP Kevin Flynn in the efforts to create new policies that were brought before the Legislators in June 2011. October 3, 2011 MP Terence Young gave his Members Statement-S031- in the House of Commons to recognize the work of Shae Invidiata and her efforts with [free-them] to combat human trafficking.

Shae is one of the founding members to the first Coalition Ontario Anti-Human Trafficking Task Force.  Invidiata and [free-them] have appeared on and been interviewed by many different media sources, including but not limited to, The Toronto Star, Much Music, CTV, CP24 News, The Morning Live Show CHCH News, The Daily Show Rogers TV, 106 The “X”, The Drew Marshall Show Joy 1280, Metro News, Inside Halton, SNAP Toronto, and SNAP Oakville.

Recently Invidiata has been nominated by Canadian Women’s Fashion Magazine Chatelaine as a Top 20 Finalist for “Canada’s Women of the Year 2011″ for her work and dedication to fight human trafficking and raise up others to join in the worthy fight.