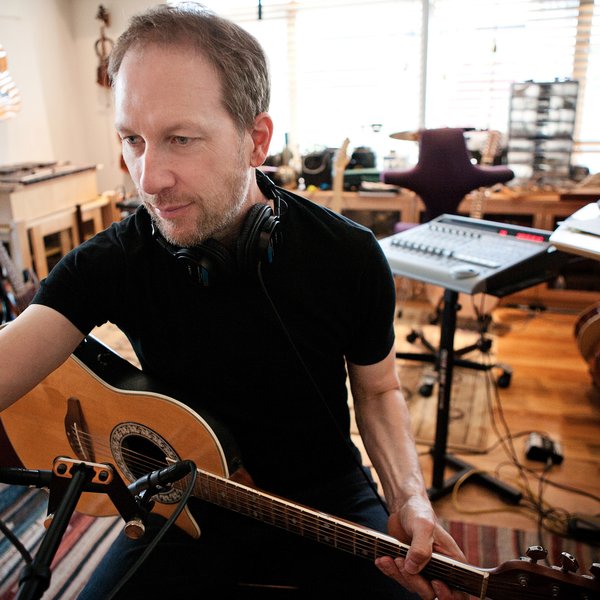 Unexpected texture, sounds and a signature musical personality are the hallmarks of British film composer Rolfe Kent, who has scored more than 50 films, including Academy Award nominated Up in the Air (for which he won a Golden Satellite award), Sideways (for which he was nominated for a Golden Globe and Critics Choice Award in 2007), Labor Day, Bad Words (Jason Bateman’s directorial debut), Dom Hemingway, About Schmidt, Election, Mean Girls, Legally Blonde and Legally Blonde II, Wedding Crashers, The Matador, Reign Over Me, The Hunting Party, and Thank You for Smoking. Kent also composed the Emmy-nominated main title theme for the Showtime hit, Dexter.  In 2012, he received the Richard Kirk award for career achievement.

Born in England into a non-musical family, Kent intuitively felt at age 12 that he wanted to be a film composer, although his early musical training was brief and not so formal.  Citing Jarre’s Lawrence of Arabia and Morricone’s The Good, The Bad and the Ugly,  as inspirations, Kent took the advice of an early music teacher to avoid rigid  course work that would dampen his enthusiasm.  He followed an entirely different path and, taking counterpoint to what is often cited as culture mired in cynicism, profited from his early course work in theology to relate it to music.  After enrolling in psychology sutdies at Unviersity of Leeds in Yorkshire, Kent’s musical career was casually begun at a dance club when the director of a play offered him a chance to “do” the music.  His jump start was his composition for a stage musical Gross at the Edinburgh Fringe Festival, a springboard for Authors, composers and performers.

In the confines of his musically busy studio, one can immediately see why his musical personality is as distinct and his own.  Constantly on the go, adventurous and curious, Kent has developed a style that is not only distinct, but indicative of his aversion to the-anticipated-score in tone, texture and rhythm.  The walls are lined with many familiar and many more unfamiliar instruments, gingerly handled and gleefully demonstrated for their sonic qualities.  Among his collection are the Indonesian percussion instrument the angklung, the shawm (first used in military maneuvers as a psychological weapon), the melodica, used for the light, soothing effect in Kent’s jazz-infused score for his Golden Globe-nominated Sideways, and an instrument he discovered and cannot name that sounds like the world’s beaches at their most romantic high tide… combined.

Kent has the distinction of attracting and sustaining relationships with directors as popular and diverse as Alexander Payne, Mark Waters, Jason Reitman, Burr Steers, and Richard Shepard.

“Alexander [Payne, writer/director] asked for the score to be beautiful classical music,” Kent described.  The composer wanted to avoid movie-score clichés and took a different route.  “I figured a Kubrickian approach was best, where the music sounds like it existed outside of the film, and was discovered to match the scene perfectly.”

Known for using unexpected textures, sounds and his own signature musical personality this opened the floodgates for Rolfe.  “As ever, Alexander was open to hearing unexpected sounds, so when I threw him the curve of an opera aria sung in Norwegian, or some bagpipes.  He loved it.”
In addition to writing the original score for the film, he also co-wrote the original song “A Little Change In The Weather,” performed by The Swingles.

More Info Here about Rolfe and his work.

Image Copyright: TVO and The Cutting Factory. Used with permission.