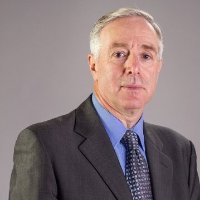 Listen in as Peter talks about what it means to be human, why he believes in something beyond himself, how we shape our understanding in pubic life and why he thinks we should all be eating lunch at home a little more often.

Peter has been a professional journalist since 1979. He was the Editor-in-Chief of Montreal’s The Gazette newspaper, editor of the Calgary Sun, Editorial pages editor of the Calgary Herald, and the vice-president of English editorial for Reader’s Digest Canadian magazines, where he oversaw the launch of new publications such as the highly successful Best Health. In 2009, he co-founded with Father Raymond J. de Souza the magazine Convivium, which is published by the think tank Cardus.

In 2011, Peter published the short story collection “If Only” through Montreal publisher Siren Song Press. He also has his own media company, Prima Communication, which offers strategic planning, editing, writing and photographic services. He currently divides his time between Montreal, where he is a part of Studio 411 in the city’s historic St. Henri neighborhood, and Ottawa where he tracks developments on and around Parliament Hill as a member of the national press gallery.

He spent years working as a journalist in Canadian cities such as Vancouver, Medicine Hat, Alta., Kamloops, B.C., Edmonton, Ottawa, Quebec City, Calgary and Montreal, and the international events he’s covered such as the funeral of Mother Teresa in India and Pope John Paul II’s historic meeting with Fidel Castro in Rome, are only part of the story.

The full story goes back to childhood lying on the living room floor scribbling stories in school notes, and roaming my small town taking snapshots with a tiny Instamatic camera. The love he developed for images, written and photographic has helped him earn a living throughout his adult life but, much more importantly, it still drives him to live out his twin creative passions.

For more information about Peter and his photography and writing check out his website here.