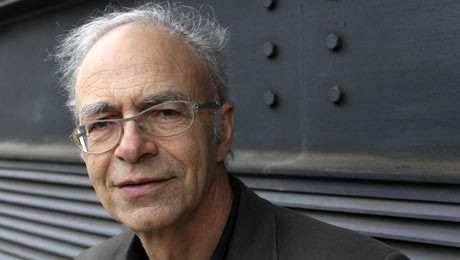 Listen in to this weeks interview with Peter Singer about this new book The Most Good You Can Do and see what he has to say about giving, philanthropy and utilitarian ethics.

Dr. Singer may be, as The New Yorker calls him, the planet’s “most influential living philosopher.” He specializes in applied ethics, to which he takes a secular, utilitarian approach — minimize suffering, maximize well-being. He gained recognition in the 1970s with his groundbreaking book Animal Liberation: A New Ethics for Our Treatment of Animals, which questions society’s tendency to put human needs above those of members of other species.

Singer’s collective body of work is more acclaimed than controversial. He has written the classic text Practical Ethics and many other books and articles, including Unsanctifying Human Life: Essays on Ethics, One World: Ethics and Globalization, The Moral of the Story: An Anthology of Ethics Through Literature, In Defense of Animals. The Second Wave, The Way We Eat: Why Our Food Choices Matter/The Ethics of What We Eat, The Life You Can Save: Acting now to end world poverty.

For more info check him out here.

And read his article in the NYT on Good Charity and Bad Charity.