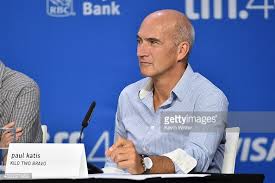 Paul Katis talks about Kilo Two Bravo, why we’re all potentially heroes and why he didn’t start out to make an anti war film.

A patrol of British paratroopers in Afghanistan find themselves caught in the middle of a deathtrap in this remarkable, fact-based war drama from first-time feature director Paul Katis.

Director Paul Katis’ extraordinary, based-on-fact first feature is one of the most rigorous, haunting, and riveting war films in recent memory. In the mountains of Afghanistan in 2006, a British platoon is sent to man a hilltop outpost in the country’s rugged interior. While a detachment is on patrol in a local valley, one of the company is injured by a land mine left over from the Soviet-Afghan War nearly two decades previously. Surrounded by mines and the invisible threat of encroaching Taliban fighters, the soldiers struggle to keep their wounded — and themselves — alive as casualties mount and the valley transforms into a deathtrap.

“Effectively tense and utterly unflinching in its depiction of battlefield carnage, dramatizing the story with a minimum of artistic licence and virtually no mercy”

Paul Katis is a British filmmaker who worked for years editing, producing, and directing television commercials before transitioning to narrative films. His shorts include Starting Over and Exposed. Kilo Two Bravo is his feature debut.

More info about the film here.