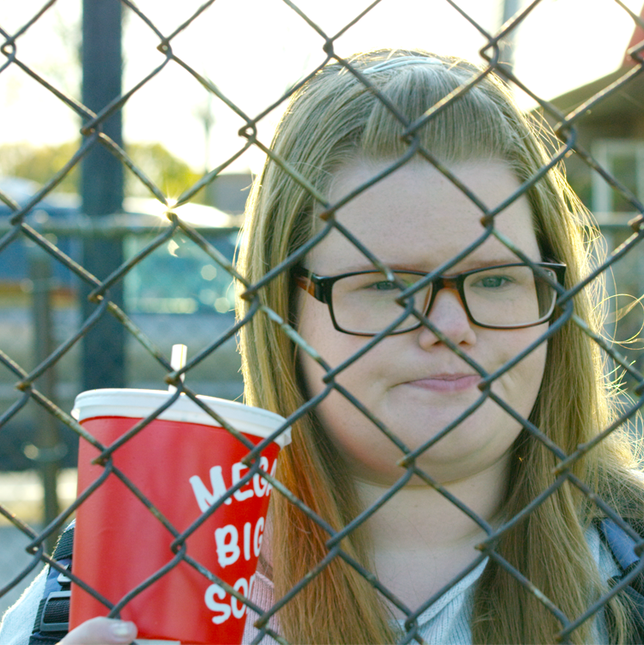 Pat Mills’s first feature film, the dark comedy GUIDANCE, which he wrote, directed and starred in, had its world premiere at the 2014 Toronto International Film Festival. Picked up by Strand Releasing in the US and Search Engine Films in Canada, Guidance was theatrically released in Summer 2015. Hailed as a “GRADE A” comedy by the Los Angeles Times and a New York Times Crit ics’s Pick, it currently holds a 88% rating on Rotten Tomatoes. Guidance is now available on DVD, Netflix, Vimeo, Amazon, TMN, HBO and itunes. His performance as David was nominated for an Actra Award for Outstanding Male Performance.

Irene is 16, fat, friendless and tired of being a loser, but she’s determined that this year is going to be different — Irene is  going to become a cheerleader. But when she’s the victim of a cruel prank, Irene is suspended on her first day back at school Irene – along with bullies Robbie and Sarah – and must endure two weeks of community service at the local retirement home.

Irene befriends Charles, a depressed retired boxer who figuratively punches away her low self esteem. In his own grumpy way he convinces her to follow her dreams and instead of becoming a cheerleader, she becomes the next best thing — a choreographer. She signs the seniors up to audition for her favourite reality show “Total Talent Showdown”.

Keeping the plan a secret from her mother, Irene finds confidence for the first time in her bond with the seniors, teaching them how to dance for television broadcast. What she doesn’t know is that a very jealous Robbie and Sarah are secretly plotting their revenge—and they will stop at nothing to kill Irene’s dreams of reality show stardom.