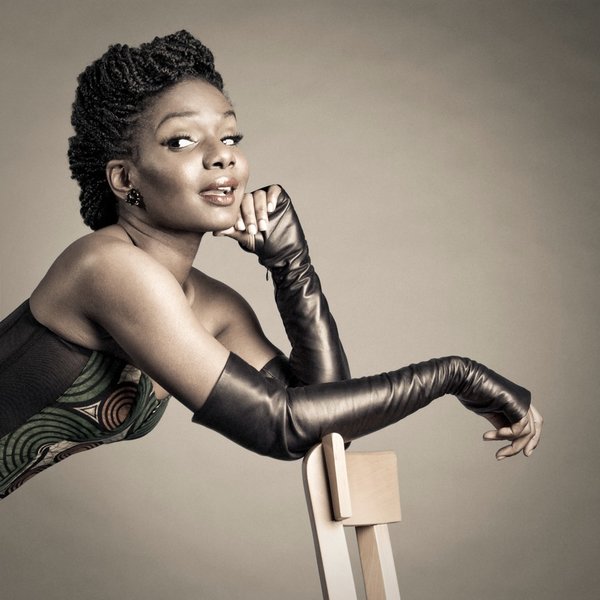 Ngozi and Face2Face host David Peck talk about Ms. Lovely, Sarah Baartman, freedom, shame and the colonial gaze, “othering” and why we no longer have excuses.

The Emancipation of Ms. Lovely, which is being staged as part of the inaugural season at The Crow’s Theatre March 28 – April 8, 2017. The one-woman play stars Ngozi Paul (Da Kink in My Hair) and is directed by Canadian Screen Award winner Zack Russell (She Stoops to Conquer).

Especially relevant in today’s social and political climate, The Emancipation of Ms. Lovely is a hilarious, timely and evocative tale of a young woman’s search for love and agency. At different stages in her life Lovely struggles with her understanding of herself as a Black woman and awakens to her sexual identity as mirrored through popular culture. Personal stories from Lovely’s life interweave with the story of Sarah Baartman (The Venus Hottentot), the historical symbol of the commodification of Black women’s sexuality. From the 21st century twerk to the “faux-cul” of the 19th century, Lovely travels a musical landscape using movement, sound and dance, looking for self-love and emancipation on her journey.

The play was a Now Magazine critic’s pick at the 2015 SummerWorks Festival, where Ngozi Paul also won the Spotlight Award for her performance. Would you be interested in speaking to her about the play and it’s broader context in today’s society?

Ngozi Paul is an award-winning Canadian producer of film, television and trans-media projects. Ngozi is best known for creating, producing and starring in the award winning television series ‘da Kink in My Hair. This top-rated sitcom has been broadcast in over a dozen countries and garnered multiple nominations and awards, including the Gold Medal Ribbon award for best scripted series and numerous Gemini awards. Ngozi was also a member of the original creative team behind Canada’s first black sitcom, Lord Have Mercy!, which was nominated for two Gemini Awards including best comedic series.

In addition to being a recent graduate of the prestigious Canadian Film Center Producers Lab, Ngozi was selected by Women in View as a Creative Leader for 2012-13. This inaugural initiative is geared towards advancing accomplished women in television, film and the digital sector. Ngozi is also an award-winning actress and a recent graduate of the world-renowned Stratford Festival Conservatory for Classical Theatre.

Ngozi has been called “a strong force, using her artistic voice to push boundaries,” (24 News). With a focus on creating stories that celebrate the diversity of the human experience and appeal to a global audience, she continues to raise the bar by seeking innovative ways to create, distribute and tell provocative stories that are commercially successful. Finding the sweet spot where artistic merit, passion and commercial viability intersect, Ngozika Productions is looking forward to new ways of reaching, entertaining and engaging audiences.

Find out more about her here.