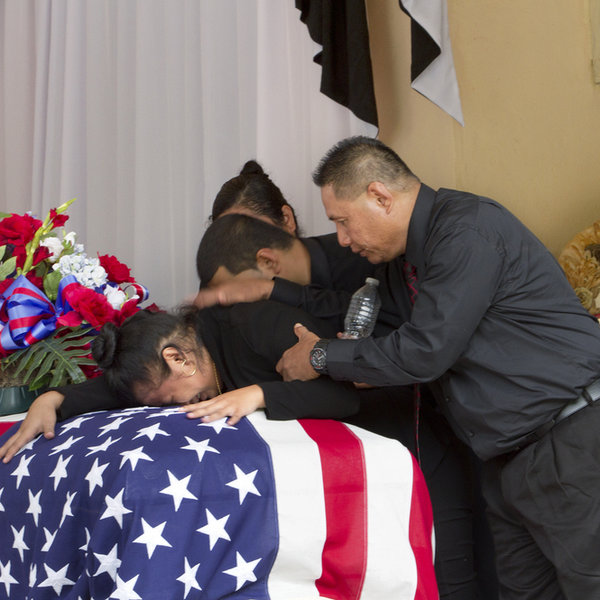 ISLAND SOLDIER follows members of the Nena family from one of the most remote islands in the world to the training grounds of Texas and the battlefields in Afghanistan. The death of Sapuro “Sapp” Nena in Afghanistan makes waves through his tiny home island of Kosrae – where nearly everyone is connected to the U.S. Military directly or through family members.

In an attempt to heal from his own deep wounds, Sapuro’s best friend in the Army, Mario Robles, heads to Kosrae with his family to meet Sapp’s parents for the first time and pay his respects on Veteran’s Day.

It is an emotional gathering of two families, from opposite sides of the world, brought together by loss, love and honor.

Nathan is a filmmaker and visual journalist based in Brooklyn. He currently works in the video department of The New Yorker. His work has been featured in The New York Times, TIME magazine, and The National Film Board of Canada.

Nathan holds an MFA in documentary storytelling from Hunter College where he was the recipient of the Welfare and Scholarship fund, and the James Aronson Award for Social Justice Journalism.

Nathan served as a Peace Corps volunteer in Micronesia doing Historic Preservation work, and still has a great fondness for breadfruit.