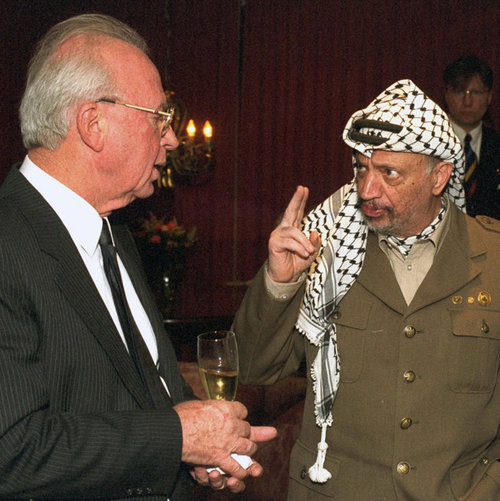 Mor Loushy, Daniel Sivan and David Peck talk about The Oslo Diaries, secret meetings, common languages, enemies as friends, land disputes and what we’re leaving behind for our children.

In 1992, with Israeli-Palestinian relations at an all-time low and any communication punishable with jail time, a small group of Israelis and Palestinians gathered in Oslo – secretly and against the law. Although the meetings that came to be known as The Oslo Accords changed the Middle East forever, they were never officially sanctioned and were chronicled only by the negotiators’ diaries.

In The Oslo Diaries, directors Mor Loushy and Daniel Sivan (Censored Voices, Sundance 2015) bring us a riveting account of 1100 days of secret talks as told by the people who were there at the table.  The participants’ detailed and often emotional entries recount the political intrigue, fiery rhetoric, unlikely friendships, and overwhelming desire for peace that were the heart of the negotiations.

Featuring never-before-seen footage and exclusive interviews with key players – including the last on-camera conversation with former Israeli president Shimon Peres – the film recounts a geopolitical story, with a narrative voice that is personal and philosophical. Although politics ultimately doomed The Oslo Accords, the story’s end for the people of Israel and Palestine remains unwritten.

Daniel Sivan is an award-winning Israeli director/producer known for his critical social-political documentaries. His works include Censored Voices (Sundance, Berlinale, BFI), Offside (Tribeca, IDFA), and The Patriot. He recently edited Death in the Terminal (executive produced by Mark Boal and Megan Ellison)—winner of an Ophir Award and a Hot Docs best mid-length documentary award.