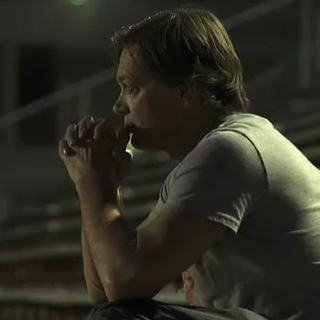 Miranda Bailey and Face2Face host David Peck talk about her new film The Pathological Optimist, truth versus fiction, culpability and the media, hero worship, the Anti-Vax movement, family life and why she’s sometimes not so hopeful.

Miranda’s first cinematic directorial debut was GREENLIT, a comedic documentary looking at the inherent hypocrisies surrounding Hollywood when trying to “green” a film set which debuted at SXSW in 2010. IFC International and Virgil Films picked it up for distribution.

Since then, she directed the award winning narrative short ANOTHER HAPPY ANNIVERSARY which after a successful festival run premiered on Shorts TV and is hosted at Jill Soloway’s website Wifey. TV promoting female film makers.

Miranda also shot and directed The Behind the Scenes of James Gunn’s SUPER and an episode of the web TV series FIRSTS.

Over the last 14 years, Miranda Bailey has produced over 20 films including the Oscar nominated THE SQUID AND THE WHALE, James Gunn’s SUPER and the Gotham Award Award-winning THE DIARY OF A TEENAGE GIRL. Miranda has been nominated twice for the Best First Feature Spirit Award – once in 2017 for Swiss Army Man and once in 2016 for The Diary of a Teenage Girl which she won.

Bailey starred in and produced many other films in a variety of genres including the cult hit DEAD & BREAKFAST, with Jeremy Sisto, Portia de Rossi, and Jeffrey Dean Morgan; the comedy THE OH IN OHIO, with Paul Rudd, Danny DeVito, and Parker Posey; WONDERFUL WORLD, starring Matthew Broderick; AGAINST THE CURRENT, starring Joseph Fiennes and Mary Tyler Moore; SUPER, starring Rainn Wilson and Ellen Page; EVERY DAY, starring Liev Schreiber and Helen Hunt; the 3D horror film HELLBENDERS; the documentary SPINNING PLATES, which was released by her distribution company The Film Arcade, which she cofounded in 2012.

Who is the man behind the most highly controversial, intensely debated topics in modern medicine? In The Pathological Optimist, director Miranda Bailey brings us a character study of Dr. Andrew Wakefield, one of 13 co-authors of a notorious 1998 paper in the UK medical Journal The Lancet, but who became the very public face of what has come to be known as “The Anti-Vax Movement.” An expat from Britain who currently resides in Austin, Texas, Wakefield allowed Bailey and her team to follow him and his family for five years beginning in 2011 as he fought a defamation battle in the courts against the British Medical Journal and journalist Brian Deer.

The results of that case – and the self-reflection, pronouncements, and observations of Wakefield, his legal team, wife, and his children – create a complex and incisive look at one of our era’s most fear-provoking and continuously provocative figures.

The Pathological Optimist takes no sides, instead letting Wakefield and the battles he fought speak for themselves.