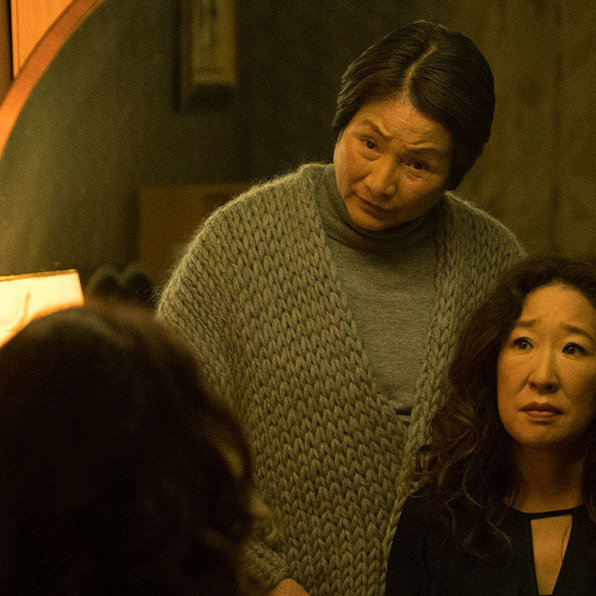 Mina Shum and Face2Face host David Peck talk about her new film Meditation Park, neighbours, Buddhism, the falsity of capitalism, underwear, the obstacles and triumphs we face and why we’re constantly coming of age.

Mina Shum is a Hong Kong–born, Vancouver-raised filmmaker who studied theatre and film production at the University of British Columbia.

Many of her films have played at the Toronto Film Festival, including her short Me, Mom and Mona, which was awarded a Special Jury Prize; her feature debut, Double Happiness, which won the award for Best Canadian Feature; the films Drive, She Said and Long Life, Happiness and Prosperity; and the Canada’s Top Ten Film Festival selection The Ninth Floor.

“Mina Shum directs an all-star cast — including Cheng Pei Pei, Sandra Oh, Tzi Ma, and Don McKellar — in her latest feature, about a devoted wife and mother (Pei Pei) who is forced to reassess her reverence for her husband after she finds another woman’s thong in his laundry.

In Meditation Park, Mina Shum returns to the themes that propelled her early work. The film opens with Maria (Cheng Pei Pei) hosting a birthday celebration for her workaholic accountant husband, Bing, (Tzi Ma). Maria reveres Bing and remains in awe of the sacrifices he has made for the family, so much so that she even respects his insistence that she not speak to their son.

But when she finds evidence that Bing may not be the perfect person she believes him to be, she’s forced to consider her world in a radically different light. Maria embarks on a journey of self-discovery by engaging with the world around her, something Bing has always discouraged. She befriends a group of local eccentrics and a rather shady neighbour, Gabriel (Don McKellar). Maria soon realizes that people’s lives are much more complicated than Bing has led her to believe.

Shum exhibits genuine compassion with her insight into the experiences of first-generation immigrant women. Meditation Park is a charming and generous film.”

With thanks to Steve Gravestock – TIFF

Image Copyright: Mina Shum and Thoughts From The Asylum. Used with permission.