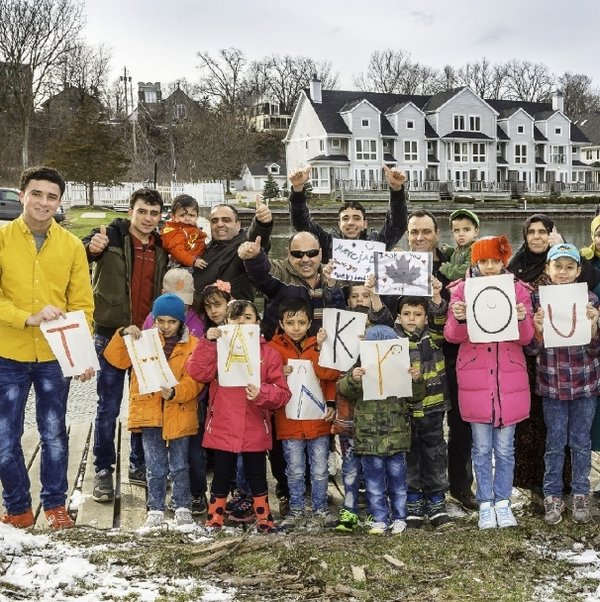 Michèle Hozer and Carlyn Moulton and Face2Face host David Peck talk about their new film Sponsorland, Syria, new Canadians, the power of community, banding together, having a can do attitude and why a family should be able to fit into a mini-van.

To date, she has worked on more than 50 documentaries that have received accolades from the world’s most prestigious film festivals, including the Sundance Film festival (Shake Hands with the Devil: The Journey of Romeo Dallaire) and IDFA (West Wind The Vision of Tom Thompson) in Amsterdam.

The doc was honoured with The Donald Brittain Award for Best Social and Political Documentary at the 2016 CSA’s and is presently available on Netflix.

Directed by award-winning filmmaker Michèle Hozer (Sugar Coated), SponsorLand follows the day to day lives of a Syrian refugee family brought to Canada in the fall of 2015 by PEC Syria, a private sponsor group in Prince Edward County.

SponsorLand is a thoughtful, intimate take on the dynamic between newcomers to Canada and their sponsors who commit money, emotional and sweat equity to support resettlement and the family who while grateful, wonder what they have to sacrifice to fit in.

Image Copyright: TVO and The Cutting Factory. Used with permission.