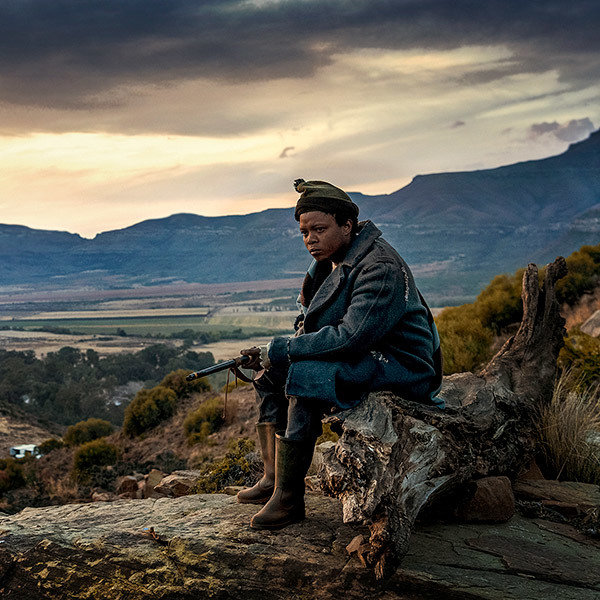 Directing technically complex productions under pressure, has earned Michael a reputation for executing ambitious projects. Michael has a strong focus on emotive, visual storytelling. His work has been nominated and won awards both locally and internationally. Michael co-founded Be Phat Motel Film Company in 2007 with the aim to develop and produce progressive cinema, and has seen a number of projects into international development.

Sweetheart’s international interest led him to meetings with agents and studios including Fox, Warner Brothers and WME. In 2014 Michael directed the eight part web series, Ashbeclee. The comedy-drama is in the tone of HBO ‘Girls’, but set in Perth Australia. Focused on three female lead characters dealing with quarter life crises and first world problems, it gained over 190 000 episode views. Michael is currently in development on a feature adaptation of Charlie Human’s acclaimed novel Apocalypse Now Now.

With a history in stage & performance, Sean’s visual sensitivity to pace, tone and character serve him as a complex screenwriter for his own Be Phat Motel Film Company and for the South African, and international markets, as a creative and conceptual producer and as an intuitive documentary director. His shorts Sweetheart and Wide Open and feature documentaries Lost Prophets and Outsider have screened extensively at festivals around the world.

Projects in development include television drama series co-production Acts of Man and a high-octane feature adaptation of Charlie Human’s beautifully twisted novel Apocalypse Now Now. Sean is the founding manager of the Cape Town chapter of the shnit Worldwide Shortfilmfestival, celebrating, promoting and awarding South African and international short films yearly, and he sits on the festival’s international executive committee, pushing artistic collaboration and exchange between filmmakers from cultures all around the world.

He continues to sit on Cape Town’s festival board. He has hosted panels on finance, co-production and distribution at international markets and has served on the Writers’ Guild of South Africa’s executive council. Sean hosts science, tech and sci-spec podcast Space Life and Other Dumb ideas. He’d like to go to space.

Apartheid South Africa: The community of Railway, attached to the remote town of Marseilles, are the victims of brutal police oppression and only the young ‘Five Fingers’ are willing to stand up to them. Their battle is heartfelt but innocent, until hot-headed Tau kills two policemen in an act of passion.   He flees, leaving his brothers and friends behind, but his action has triggered a violent fight that will leave both Marseilles and the Five Fingers changed.

Twenty years later, Tau is released from prison, now a feared and brutal ‘outlaw’, ‘The Lion of Marseilles’. But scarred and empty, he renounces violence and returns to Marseilles desiring only peace and to reconnect with those he left behind. At first, Tau finds Marseilles a town seemingly at peace. The battle for freedom was won.

Five Fingers are in prominent positions – as mayor, police chief and pastor of the old church. But, reconnecting with childhood love, Lerato, now proprietress of the local tavern, and her fiery son, Sizwe, it becomes clear that rather than the haven he hoped for, Marseilles is caught in the grip of a vicious new threat and to Tau’s dismay, his old allies themselves may have allowed it in. Tau can keep his head down only so long. When he and his loved ones become direct targets, he is reluctantly compelled to fight once and for all.

Calling on partners-in-crime and with new friends at his side, Tau reforms the Five Fingers. Standing against old allies and new enemies alike, they must put their lives at the greatest risk for the sake of Marseilles.