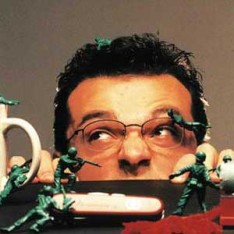 Living in Toronto, Canada, Comedy Magician Matthew DiSero has opened shows for greats such as Drew Carey and Jerry Seinfeld and performs everywhere from Trump’s Marina Casino in Atlantic City to corporate events in Tokyo. Matthew DiSero was a featured comedian at Ohio’s first annual “Great Lakes Comedy Festival”, Regina Comedy Festival and the HubCap Comedy festivals and can be seen performing on some of the worlds largest cruise lines such as Princess, NCL, Holland America and Royal Caribbean.

Matt joined me again for Episode 200 – be sure to listen in!