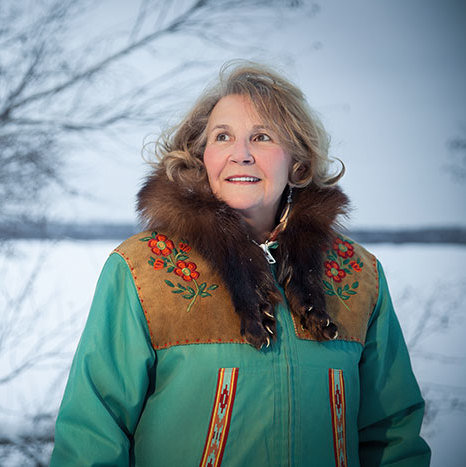 Marie and Face2Face host David Peck talk about the Truth and Reconciliation Commission in Canada, victimhood, calls to action, blindness to others, hope and empathy.

Read more about the commission here.

Marie Wilson served as one of three Commissioners of the Truth and Reconciliation Commission of Canada following decades of experience as an award-winning journalist, trainer, and senior executive manager, including many years as the Regional Director for the Canadian Broadcasting Corporation in the CBC North region responsible for three northern territories and northern Quebec. Fluently bilingual in French and English, she has been a university professor, a high school teacher in Africa, a senior executive manager in both federal and territorial Crown Corporations, and an independent consultant in journalism, program evaluation, and project management.

Dr. Wilson was appointed the 2016 Professor of Practice in Global Governance at the Institute for Study of International Development, McGill University, and a 2016-2017 Mentor for the Pierre Elliot Trudeau Foundation. In addition to awards for writing and journalism excellence, she is the recipient of a CBC North Award for Lifetime Achievement, Northerner of the Year, the Calgary Peace Prize, the Toronto Heart and Vision Award, and the Pepin Award for Access to Information. She has received Honorary Doctorates from St. Thomas University, the University of Manitoba and the Atlantic School of Theology, and has been awarded both the Order of the Northwest Territories and the Order of Canada.