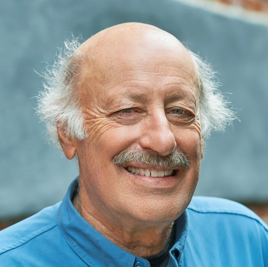 Josh Freed and Face2Face host David Peck talk about “line regret”, “queue science”, cars as “me” vehicles, occupied time and why Brits like to talk to strangers.

All over the world people are lined up now – millions, maybe billions of us – losing trillions of hours of our time. We line up at hospitals, banks, border crossings, supermarkets, trains, planes and fast food chains. In fact, for over 50 years queue designers have been trying to conquer the queue, in vast, largely secret worldwide experiments – and the lab rats in the maze are us.

THE TAMING OF THE QUEUE travels from Canada to England and India to look at how humans behave in queues. It looks at the boredom, frustration, stress, fatigue and fury we all feel in line-ups, as our fast-paced lives slow to a crawl.

Josh Freed, the Montreal-based writer/director of THE TAMING OF THE QUEUE, is an award-winning filmmaker, writer and journalist. His documentary films have been seen in over 50 countries, and include Deluged by Data (for which he won a 2016 Writers Guild of Canada award in the Documentary category); The Good, the Bad and the Bike (as narrator/on-camera host of this 2016 Radio-Canada documentary);  Life Below Zero; The Trouble With Experts; Where Did I Put…My Memory? My Messy Life; China’s Sexual Revolution; In Search of Sleep – An Insomniac’s Journey; Coat of Many Colours; To Kill or To Cure; Polar Bear Safari; and Juggling Dreams in Mongolia.

For his writing, Freed has won two National Newspaper Awards as Best Canadian Columnist for his weekly column in the Montreal Gazette. He is also the author of several popular books, including Moonwebs; Vive Le Quebec Freed; The Anglo Guide to Survival in Quebec; and Fear of Frying, which won him the Stephen Leacock Prize for humour.

His theatre projects include co-writing and co-starring in the hit play Four Anglos of the Apocalypse, for the Centaur Theatre in Montreal, and The 25th Century Belongs To Canada, which also had a successful run at the Centaur.

And more about the film here.