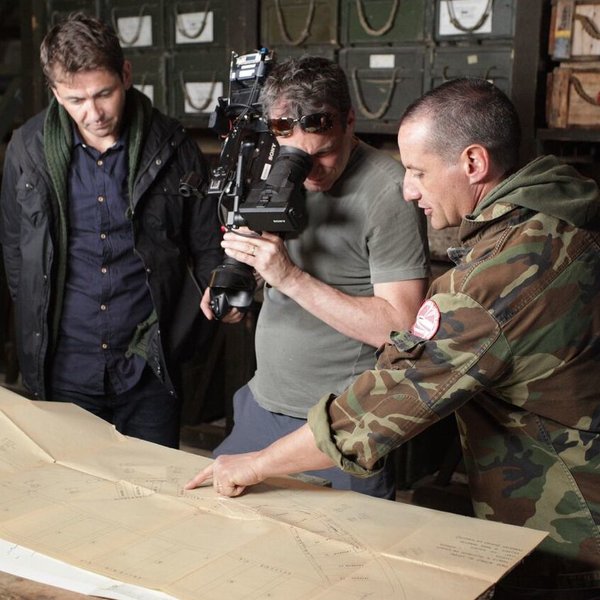 The new investigative series Hunting Nazi Treasure takes viewers on an epic search across four continents to locate valuable objects and artwork missing since the Second World War and return them to their rightful owners.

The series chronicles the systematic looting by the Nazis, and provides new insights into the motivations of top Nazi leaders like Hitler and Goering, and explores how artwork and cultural artifacts are targets during times of war.

With hundreds of thousands of stolen treasures still missing to this day, including a painting by Italian master Raphael estimated to be worth upwards of $100 million, a $2 billion hoard of stolen Italian gold, and the legendary Amber Room from the Catherine Palace in Russia, the search into these historically significant “cold cases” is comprised by a team of present-day investigators. The team is led by Robert Edsel, author of the New York Times #1 bestselling book-turned-movie The Monuments Men, and Founder and Chairman of the Monuments Men Foundation for the Preservation of Art, investigative journalist Conor Woodman, Second World War historian James Holland, along with top experts on the Nazi era. The hunt takes the team across 14 countries; searching for items hidden in caves, castles, museums, and even under water while gaining access to Nazi dossiers, archives, and declassified intelligence reports.

As the series unfolds, the viewer is introduced to Hitler’s grand plan to become “the curator of the German people” atop one of the world’s most spectacular art collections, and the desperate last-act by the Nazis to hide an unimaginable trove of gold, most likely in the Bavarian Alps.