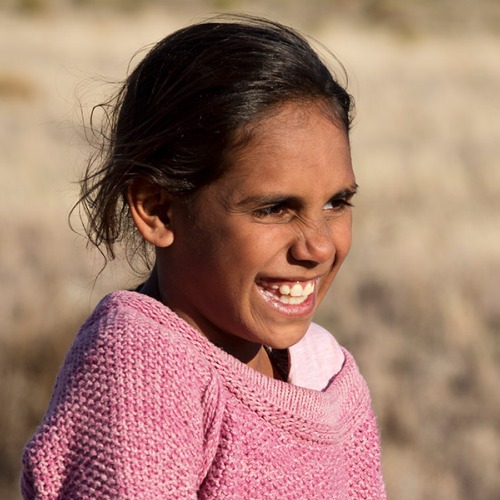 Emu Runner is a story about a nine-year-old Indigenous girl, Gem Daniels, who lives in a remote Australian town. As she copes with her mother’s unexpected death, Gem finds solace in the company of a wild emu, unwittingly connecting with her mother’s traditional totem animal.

Gem’s obsessive attachment to the emu leads her down a troubled path as she feeds it her school lunches and begins to steal extra food for it. As she spends more and more time with the emu, Gem skips school, attracting the attention of a new social worker in town, Heidi, who is convinced Gem’s family is failing to look after her.

In nature the male emu takes on the role of rearing the chicks. With the death of his wife, Gem’s father Jay Jay is left to raise Gem, her 15-year-old sister Valerie and her 17-year-old brother Ecka on his own. While Jay Jay’s commitment to his family doesn’t waver, the pressures to make ends meet and hold the family together are exacerbated by the antics of his older children and Gem’s truancy and stealing.

Emu Runner is as much Jay Jay Daniels’ story as it is Gem’s. Not only does Jay Jay face prejudices from the white community in the town, he also has to prove himself to his Indigenous family and friends, who have little confidence in his ability as a sole parent. Jay Jay is driven by a dogged determination as he strives to nurture and protect his children.

Emu Runner is a story about respecting difference. It explores the underlying racial tensions in regional Australia and the importance of traditional customs in modern Indigenous culture.

Imogen Thomas is her first narrative feature-length film. Imogen has a Master of Fine Arts degree from the Tisch School of Arts graduate film program at New York University.
She also holds a First-Class Bachelor of Arts Honours degree in Drama, from Flinders University in South Australia. It was here that Imogen began making short films, many of which have been screened at festivals and have received awards, including Best Narrative Drama at the 11th Adelaide Film Festival for Departure.
At this time, she also pursued a career in set and costume design for the theatre, designing celebrated productions for Sydney’s Belvoir St Theatre, the Adelaide Theatre Festival and Magpie2.

In 1998 Imogen was awarded the prestigious South Australian Premier’s Award for Emerging Artist of Year. This award afforded her the opportunity to undertake her Masters degree at NYU.

Imogen’s graduating film, Mixed Bag, premiered at the Montreal Film Festival in 2008 and went on to be screened at both national and international festivals. It received the Gold Award at the Australian Cinematographer’s Society Awards 2008 as well as being a finalist for the Wasserman and King Award, First Run Film Festival 2009, NYC. Imogen lives in Sydney, Australia, with her partner Victor Evatt and their two daughters.

For more information please head here to her website.