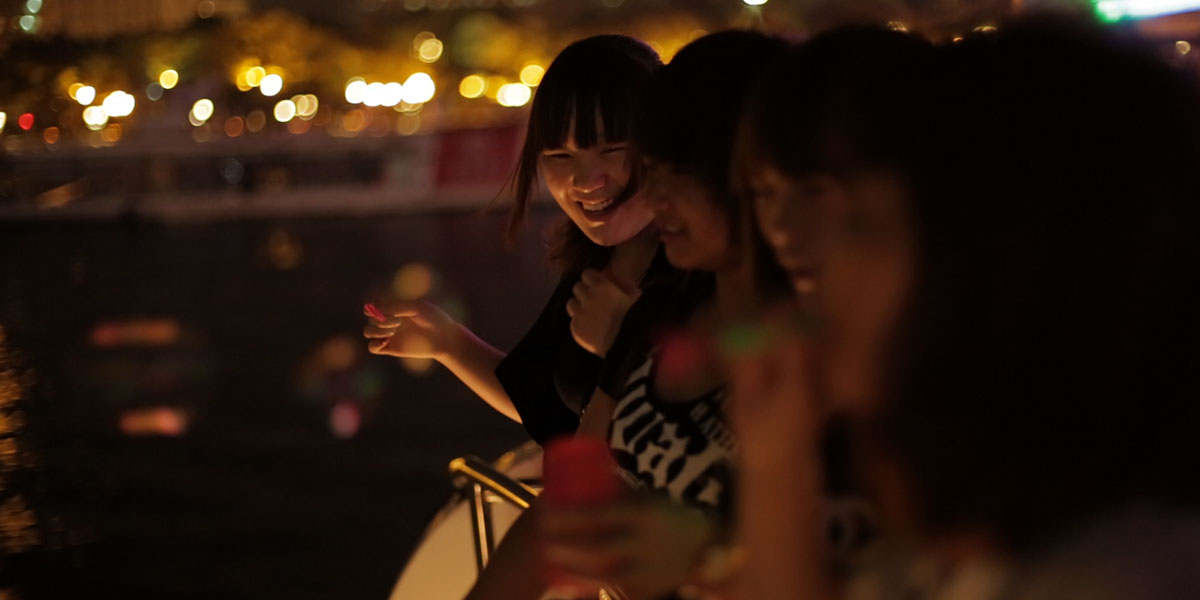 Heather and Face2Face host David Peck talk about greed, activism and sweatshops and her new film Complicit and why consumers have so much power when it comes to making a difference.

More here on the website about the campaign and film.

The documentary follows the intimate journey of Chinese migrant worker Yi Yeting, a benzene-poisoned victim-turned-activist who takes on the global electronic industry. While struggling to survive his own work-induced leukemia, he brings his fight against benzene from his hospital room where he helps other workers, to Silicon Valley and the international stage. Yi’s efforts along with the support of others, ultimately contributes to Apple banning two of the most toxic chemicals, benzene and n-hexane, in its final assembly.

Against huge odds Yi directly confronts corporate and government interests, while empowering and inspiring the people around him. His wife Liu Huihui, a stay-at-home mom, goes undercover to investigate an Apple supplier. Xiao Ya, an teenager rural migrant, who arrives in the city with hopes and dreams of a working “paradise” that she’s imagined since she was a kid.

Tragically she gets poisoned on her first job by n-hexane, a solvent she used in polishing iPhone screens, at a hidden Apple subcontractor. Inspired by Yi, she starts to help other sick workers. Ming Kunpeng, another benzene-poisoned protagonist we meet through Yi, can’t bear the burden his illness places on his family, and commits suicide.

Shot under the radar and with incredible access, the film explores global brands’ social responsibly and consumers’ role, while offering an in-depth look into love, family, Chinese culture, and the people sacrificing everything to make a difference.

‘COMPLICIT’ Trailer from ComplicitFilm on Vimeo.

Heather White is a first-time documentary director. From 2011-2014 she was a Network Fellow at Harvard Universityʼs Edmond Safra Center for Ethics, researching potential conflicts of interest in independent monitoring models of supply chain risk.

She is the founder and former Executive Director (1995-2005) of www.verite.org, a respected non-profit organization recognized for its groundbreaking leadership in the areas of independent monitoring and factory social audits.

During her tenure at Verité she advised companies such as adidas-Solomon, The Body Shop, Marks and Spencer, Macyʼs, The Gap and the Ethical Trading Initiative (ETI).