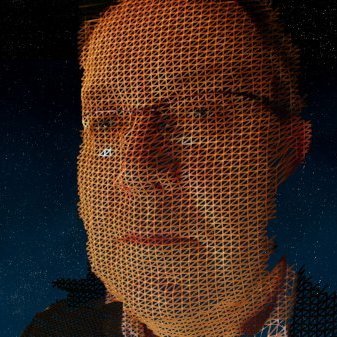 Gerry Flahive and Face2Face host David Peck talk about secrets, story, the “D” word, why he’s a 2001 fanatic and how a “real life” can be intimidating.

Gerry Flahive is a Toronto-based writer, producer and creative consultant at his media arts company, Modern Story. Until May 2014, Flahive was Senior Producer at the National Film Board of Canada, which he joined in 1981. He has done creative and storytelling consulting, strategic planning, course development and speechwriting for clients, including the Toronto Maple Leafs, Cirque de Soleil, Telefilm Canada, MaRS, TVOntario, Humber College and Giants of Africa.

His productions have won many international awards including 2 Emmy Awards, a World Press Photo Award and a Peabody Award for HIGHRISE (highrise.nfb.ca), a global interactive documentary. He produced & co-produced more than 80 documentary projects on a wide range of subjects. Major projects include the international co-production PARIS 1919, the ground-breaking Filmmaker-in-Residence multi-media project at St. Michael’s Hospital in Toronto, the NFB-Canadian Film Centre Feature Documentary Program, and short films for the Governor-General’s Performing Arts Awards, working with such recipients as Bryan Adams and Rush.

In the early 1990’s, as Senior Communications Manager, he managed NFB involvement in the Oscars and the Sundance Film Festival, as well as corporate communications and corporate branding.

Flahive is a frequent contributor to the Globe and Mail and has been published in Time, The New York Times and The Walrus, and many media industry publications, and is a National Magazine Award nominee for humour. He is a member of the boards of the Pages Unbound literary festival, the Toronto Irish Film Festival and the Seneca College Documentary Film Institute, and was on the Advisory Board for the MIT Open Documentary Lab report “Interactive Documentary and Digital Journalism”.

He has been a guest speaker, presenter and mentor at many international events and institutions, including MIT, the I-Docs Lab in Switzerland, the MEDIMED Documentary conference in Barcelona, and the New York Film Festival.