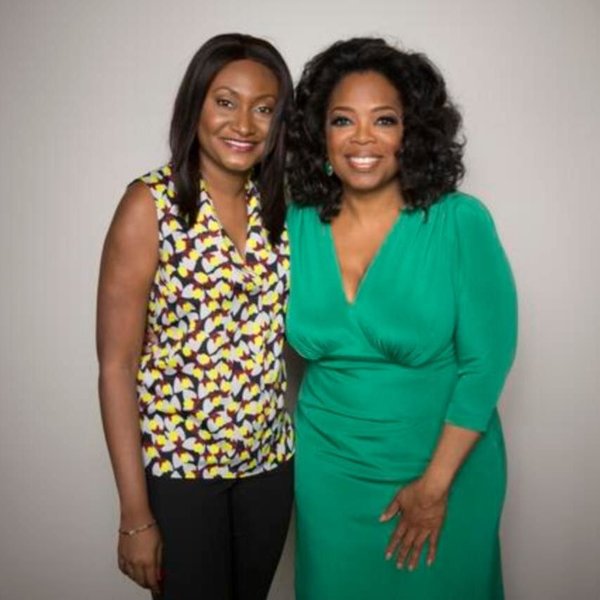 Award-winning actress, filmmaker, speaker, business owner and consultant, Fabienne Colas is the ‘Queen of Festivals’ who created and manages 7 successful festivals between Montreal, Toronto, Halifax, New York City and Port-au-Prince – including the Montreal International Black Film Festival, which has become not only Canada’s largest black film festival, but also a key player in cultural diversity in Quebec.

CEO/Founder of Zaza Production, Fabienne is a charismatic leader with an unwavering persistence and perseverance who makes things happen. Her primary mission is to help others unlock their greatness and bring their business to the next level through coaching, seminars, conferences, workshops, online courses and videos tutorials. She continues to create platforms that show a diversity of voices, faces and points of view.

As chairman of the Fabienne Colas Foundation, she supports, awards grants and promotes independent films and artists who, otherwise, would not have been seen or heard. She currently sits as a board member on the Society for the Celebrations of Montréal’s 375th Anniversary.

In 2015, Fabienne was awarded a Medal from Quebec’s National Assembly – by Kathleen Weil, Minister of Immigration, Diversity and Inclusion – recognizing her leadership and contribution in the fight against racism and discrimination in Quebec. She won the Black History Month Award in 2010 for her great involvement in her community.

In 2008, she made her first film, Minuit, a narrative feature on voodoo in which she also played the leading role. Considered by many as the most popular actress in Haitian cinema, Fabienne started out as a model, was crowned Miss Haiti in 2000 and has represented Haiti in numerous beauty contests around the world. In 2003, she was awarded the Ticket d’Or (golden ticket) in Haiti for best actress for her role in the film Barikad (directed by Richard Sénécal) and was also nominated for this same role at the Haitian Entertainment Awards in Florida. She has acted on both the big and the small screens in a number of productions in Quebec, Canada (Watatatow, l’Auberge du chien Noir, Comment Conquérir l’Amérique en une nuit).

Fabienne is a member of both Canadian professional acting unions: the Union des Artistes (UDA) and the Alliance of Canadian Television and Radio Artists (ACTRA). She has sat on a number of prestigious juries in the arts community in Quebec, including those of the Canada Council for the Arts, the Conseil des arts et des lettres du Québec (Quebec Council for ththe Arts) and les Prix Gémeaux.

She obtained from the Canadian Radio-television Telecommunications Commission (CRTC) a licence for two new television stations, provisionally called Diversité TV and Bon Goût TV, with a view to promoting a better representation of cultural diversity on televisions in Canada and providing a window to those who would, otherwise, never be seen or heard.

Founded by the Fabienne Colas Foundation, Toronto Black Film Festival is dedicated to celebrating the very best in cinematic work dealing with the varied experiences of black people from diverse communities. Their mandate is to provide an opportunity for filmmakers to shine the spotlight on authentic stories that reflect the realities of black experiences.

Along with its sister festival, the Montreal International Black Film Festival (now in its thirteenth year), TBFF showcases new voices in cinema and encourages audiences to see the world in new ways. In connecting black films with viewers of all ethnic origins, they recognize the differences that make the communities they serve unique while celebrating the shared values that bring people together.