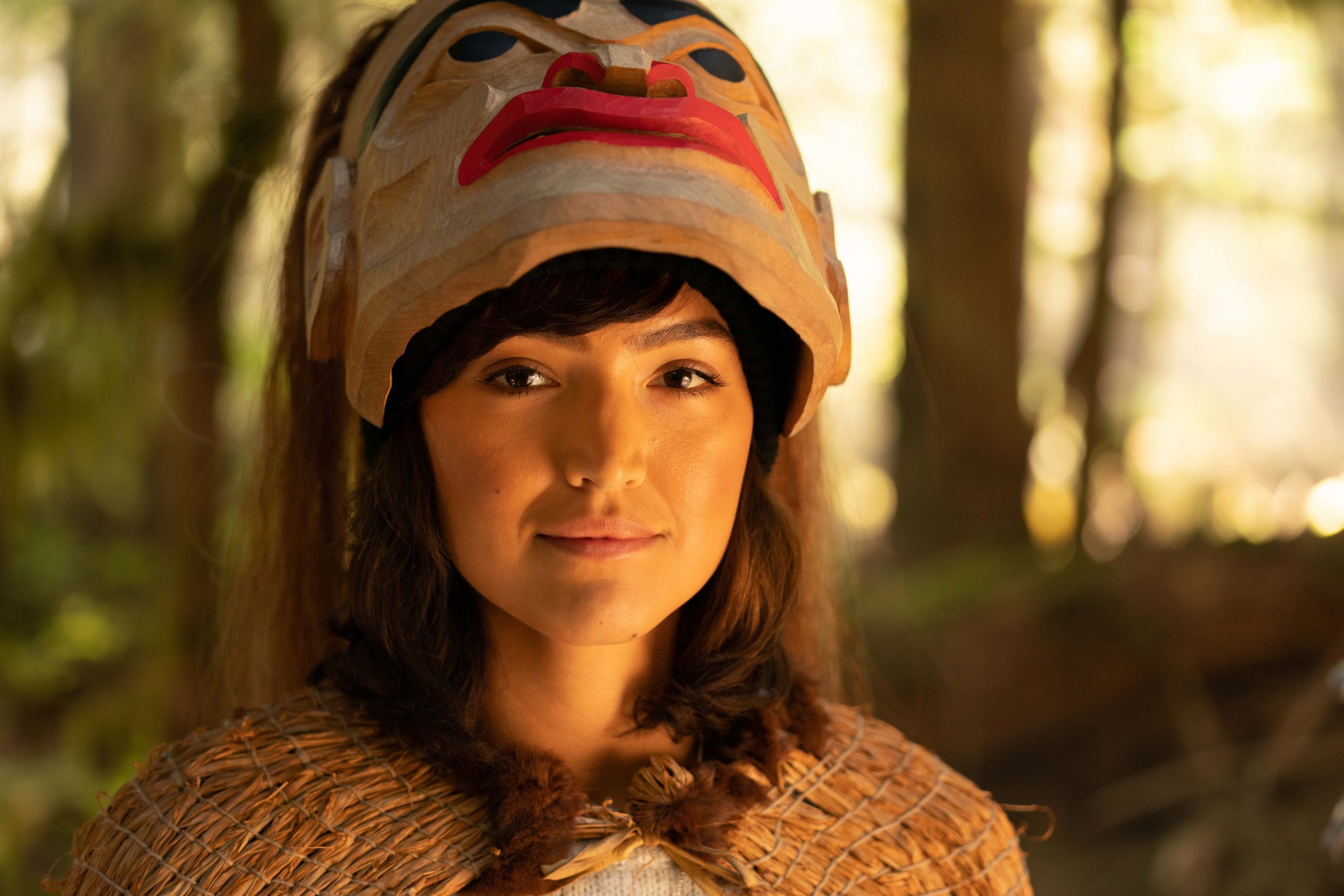 Grace Dove and Face2Face host David Peck talk about rebuilding Indigenous Identity, truth and authenticity, safe spaces, representation, the wisdom of her ancestors, her new film Monkey Beach and how we just might be able to save each other.

Waking up in her East Van apartment nursing another hangover, Lisa (Grace Dove) is served notice by her cousin’s ghost (Sera-Lys McArthur), “Your family needs you.” Reunited with her Haisla kin in Kitimaat Village, she realizes that she’s meant to save her brother (Joel Oulette) from a tragic fate she’s foreseen since childhood. Of course, there’s also the matter of contending with the mystical creatures lurking in the nearby woods. And so begins a captivating allegory about learning to coexist with both the ghosts that haunt us and spirits who might enlighten us.

In bringing Eden Robinson’s beloved novel to the screen, Loretta S. Todd offers us a modern epic underpinned by themes that have long defined heroic journeys. Todd’s first feature narrative unfolds through a thrilling array of temporal shifts and stylistic flourishes. A film about reconnection with the land, its denizens and the secrets it holds, Monkey Beach is also a testament to Indigenous women’s ability to not just endure trials but emerge from them empowered.

Grace Dove is a Secwépemc actress based on the traditional, ancestral and unceded territory of the Coast Salish peoples–Sḵwx̱wú7mesh (Squamish), Stó:lō and Səl̓ílwətaʔ/Selilwitulh (Tsleil-Waututh) and xʷməθkʷəy̓əm (Musqueam) Nations.

She has embraced a responsibility to lift up her audience and her community. She co-starred with Leonardo DiCaprio and Tom Hardy in the Oscar-winning film The Revenant. You can currently watch Grace in the Netflix thriller How It Ends alongside Academy Award winning actor Forest Whitaker and Theo James. Recently she wrapped up her first leading role in the feature film adaptation of Eden Robinson’s novel Monkey Beach premiering in 2020. Grace just wrapped production on her directorial debut film Kiri and the Dead Girl.

When the red carpet is rolled up, and tucked away she facilitates her own youth-empowerment program “Thunderbird Dreams” in communities.