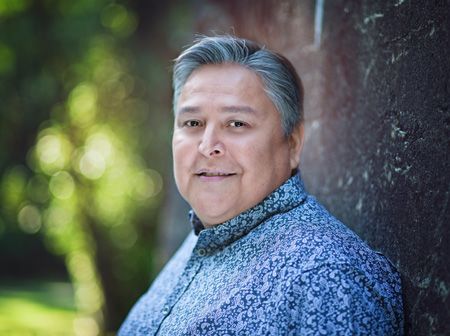 The current Indian act was first passed in 1876 — it’s been amended but the original act is still in force.  In 2002, there were twenty major amendments made but the fact remains that it’s based on an old act that was written when settlers’ relationships with Indigenous people was different than it is today.

The Indian Act is a dense document and there are many things wrong with it. Today’s Face2Face guest, Bob Joseph, has plenty of meaningful things to say about a way forward. His book, released in the spring is called 21 Things You Didn’t Know About The Indian Act.

He spoke to Face2Face host and producer David Peck about the book, identity, culture and potlatches, Canadian soul searching and why we’re not a melting pot.

Bob Joseph is the founder of Indigenous Corporate Training Inc., and member of the Gwawaenuk Nation. He has provided training on Indigenous and Aboriginal relations since 1994. He is a certified master trainer, former associate professor at Royal Roads University, and has a background in Business Administration and International Trade.

His Canadian clients include all levels of government, Fortune 500 companies, financial institutions, including the World Bank, small and medium-sized corporate enterprises, and Indigenous peoples.

As an author and co-author, Bob has contributed to a number of resources relating to working with Aboriginal or Indigenous Peoples. He also manages a blog called Working Effectively with Indigenous Peoples®, which is a resource that supports people in their Indigenous relations endeavours.