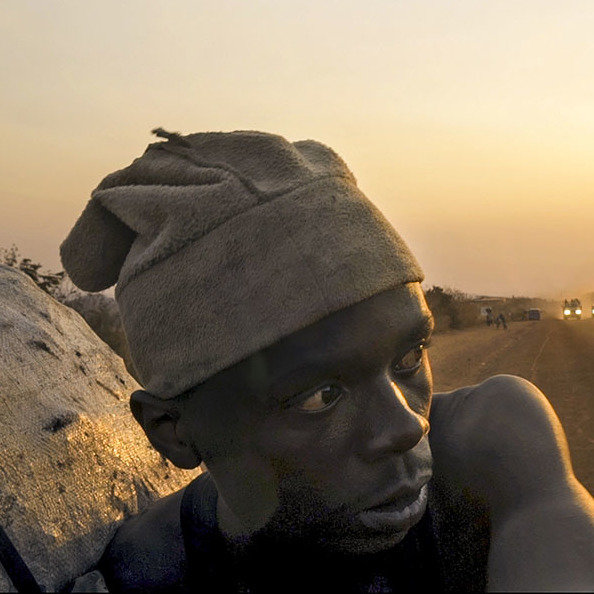 Emmanuel Gras is a French director whose films deal with contemporary social issues and are marked by a commitment to form.

He studied film photography at ENS Louis Lumière. His film Bovines was nominated for the César for Best Documentary in 2013.

His most recent film Makala won the Grand Prix at the Cannes film festival in 2017.

The film begins at dawn in the Democratic Republic of the Congo, as 28-year-old Kabwita Kasongo heads out with axes slung over his shoulder. He arrives at a majestic tree and begins the arduous process of chopping it down, one axe blow at a time. This is merely the first of several daunting tasks we witness Kasongo undertake in the process of making wood charcoal and delivering it to the marketplace.

The film patiently observes Kasongo as he works mostly alone and interacts with his wife, Lydie, and other townspeople. His minimal resources include a rickety bike that he piles precariously high with charcoal bags and pushes through dirt roads on a marathon journey.

He dreams of earning enough money to buy a better roof for his family. While that cost would be modest in an industrialized country, for Kasongo it requires an enormous exertion to attain.