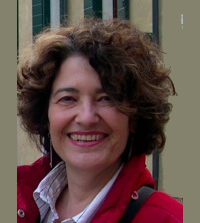 Listen in as Eileen talks about her new film A Jihadi In The Family, Islamophobia, brokenness, and the power of real community.

Overnight, Calgary mother Christianne Boudreau has a new identity, “mother of a terrorist,” when her son Damian is killed fighting with ISIS. “I never saw it coming”, she says, echoing hundreds of mothers in Europe and North America whose children have left home to embrace violent extremism.

How and why young people, who have grown up in western countries, are being recruited to terrorist groups and the effect it’s having on the families they leave behind, is the focus of the new documentary A JIHADI IN THE FAMILY.

Unlike many parents who fear to speak publicly about what happened to their children, Christianne’s response to this tragedy is to personally take on the battle against ISIS.  Driven to understand the destructive path her son chose, Christianne embarks on a journey to meet others who have a stake in the issue. Her quest for answers takes her to her son’s imam, to counter-terrorism experts, and to a man who survived his own experience with extremists and became a crusader against their recruiters.

In Europe, where thousands of young men and women have been lured into terrorist groups, she develops strong bonds with other women who’ve been shattered by the disappearance of their children. Each of these mothers is also a victim of terrorism.

A JIHADI IN THE FAMILY will have a repeat broadcast on CBC Thursday, March 24th at 9 pm ET.

Eileen Thalenberg is, with Gail McIntyre, the founder of Toronto-based independent film and television production company Stormy Night Productions Inc. Eileen has trained her director’s eye on subjects around the world and across the arts, sciences and social and political issues. Fluent in eight languages, she has a global sensibility and an award-winning ability to take viewers to the heart of a story. Up Against the Wall, about the walls built by three democracies after the Berlin Wall collapsed, was nominated for the Gemini Award’s Donald Brittain Award and won the Special Jury Award for Best Social And Political Documentary at Worldfest. Silence at the Heart of Things, filmed during the last months of fiddler Oliver Schroer’s life, won the Silver Chris Award for Best Arts Documentary and was nominated Best Overall at the Columbus International Film and Video Festival. Streets of Encounter/ Loin des favelas, about choreographer Ivaldo Bertazzo’s work with teenagers in the slums of Sao Paulo, Brazil, won the Prix Gémeaux for Best Arts Documentary and the Platinum Award for Best Arts Documentary at the Houston International Film and Video Festival. Other award-winning work includes Born to be Good?, a lively look at the moral trajectory of children from infancy, and The Long Journey Home, which follows opera star Isabel Bayrakdarian on a moving exploration of her roots in Armenia. Eileen has directed, written or produced more than 50 TV and feature documentaries and has gained a wide international audience.