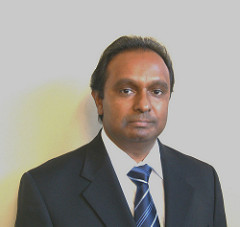 Join the conversation as Eden talks about capital, philosophy and why Kierkegaard matters.

Eden is a Portfolio Manager, & Options & Derivatives Strategist for almost 2 decades, though his undergrad is in Molecular Genetics at UofT. Currently, he is a Vice President with Horizons Exchange Traded Funds where he manages 13 Covered-Call Option ETFs on over $600 million in assets. Eden is an avid Indie cinephile, and struggling scriptwriter who has not yet completely surrendered his hopes. For the past 3 decades Eden has also ardently studied and collected the works of Danish existentialist philosopher Soren Kierkegaard, whom he attributes to be a major influence on his life. Eden can be reached via Twitter @EdenRahim

Eden returned for a two part interview! Check out part 1 and part 2.