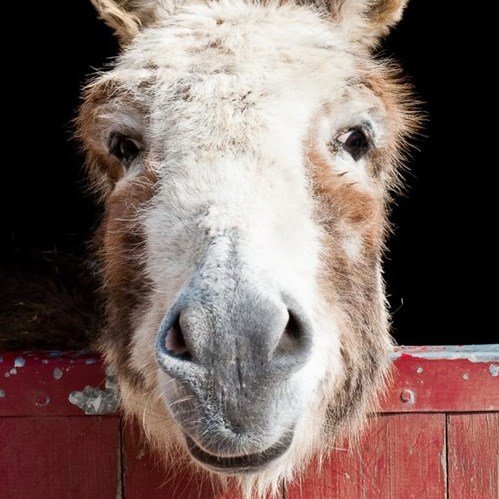 Ashley, David and Face2Face host David Peck talk about their brilliant new film Do Donkeys Act, mutual appreciation, living poems, the sentience of animals, the environment and our relationship to it and why we all might need a break from humans every now and then.

“Burned, beaten, abandoned, donkeys look back at us humans with indifference, and bray.” David Redmon and Ashley Sabin’s DO DONKEYS ACT– filmed over 5 years––subtly subverts the notion of the “dumb beast” as it captures donkeys communicating emotionally with each other in the midst of healing from human cruelty and neglect. A poetic text threads through scenes “acted” by donkeys, a rhythmic script commentary voiced by Willem Dafoe.

DO DONKEYS ACT’S ethno-poetic-animal-fiction takes its playfully self-reflexive cues from Jean Rouch and Chris Marker. Encouraging us to respect a major language barrier we might not otherwise consider––the mystery and intrigue of donkey utterances––DO DONKEYS ACT invites us to “step into their shade, listen closely” as we attune to a series of dramatic performances in which we eavesdrop on donkeys speaking amongst themselves.

Reclaiming the donkey from the indignity of a centuries old master slave relationship in which the dominant image of the donkey has been negative (stubborn, buffoon, jackass, laborer, trickster and fool), DO DONKEYS ACT elevates a denigrated and degraded beast to the role of lead actor and performance artist. To paraphrase Marina Abramovic, the donkey is present.

Their body of work includes four recent “animal ethnography” films based in the world of donkeys and funded by the Leverhulme Trust: Sanctuary (2017), Do Donkeys Act? (2017), Choreography (2014), and Herd (2015); two dream/memory cinema poems Sentient 1 & 2 (2015/2016); a 6 minute snowbound ballet mécanique, Neige (2016); a suite of U.S. post-industrialization themed films set inside three interconnected factories on the coast of Prospect Harbor, Maine: Downeast (2012), Night Labor (2013), and Kingdom of Animal (2012); a feature documentary about the labyrinthine world of teenage modeling in which a New York based scout recruits Siberian teenagers to the Tokyo model market Girl Model (2011); a film linking China and New Orleans through globalized manufacturing of cheap throwaway goods for American leisure pursuit, Mardi Gras: Made in China (2005) and two “carnivalesque” character driven films set in Louisiana Kamp Katrina (2007) and Invisible Girlfriend (2009). Lastly, set on the U.S. Mexico border, a longitudinal love story about family relationships and the meaning of “home” Intimidad (2008), which has been described as “a documentary fairytale of truly humbling proportions.”