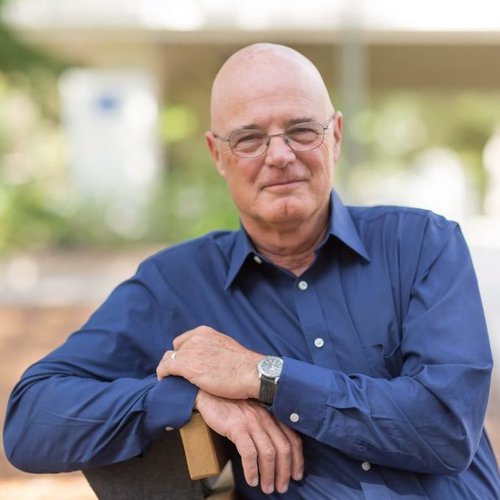 Brian McLaren and David Peck talk about his new book The Great Spiritual Migration, framing stories, confirmation bias, difference as assets, patriarchy as a weapon, a system of beliefs versus a way of life and the way of love.

Brian D. McLaren is an author, speaker, activist, and public theologian. A former college English teacher and pastor, he is a passionate advocate for a new kind of Christianity – just, generous, and working with people of all faiths for the common good. He is an Auburn Senior Fellow and a leader in the Convergence Network, through which he is developing an innovative training/mentoring program for pastors, church planters, and lay leaders called Convergence Leadership Project. He works closely with the Center for Progressive Renewal/Convergence, the Wild Goose Festival and the Fair Food Program‘s Faith Working Group.

From 1978 to 1986, McLaren taught college English in the DC area, and in 1982, he helped form Cedar Ridge Community Church, an innovative, nondenominational church.

He is primarily known as a thinker and writer. His first book, The Church on the Other Side: Doing Ministry in the Postmodern Matrix, (Zondervan, 1998, rev. ed. 2000) has been recognized as a primary portal into the current conversation about ministry in a postmodern context. His second book, Finding Faith (Zondervan, 1999), is a contemporary apologetic, written for thoughtful seekers and skeptics. (It was later re-released as two short books, “A Search for What Makes Sense” and “A Search for What is Real.”) “More Ready Than You Realize” (Zondervan, 2002) presents a refreshing approach to spiritual friendship. “Adventures in Missing the Point” (coauthored with Dr. Anthony Campolo, Zondervan, 2003) explores theological reform in a postmodern context. “A Generous Orthodoxy” (Zondervan, 2004), is a personal confession and has been called a “manifesto of the emerging church conversation.”

His first work of teaching fiction, A New Kind of Christian, won Christianity Today’s Award of Merit in 2002, and has become one of the pivotal texts for what is increasingly called Emergence Christianity. In A New Kind of Christianity, Brian articulated ten questions that are central to the emergence of a postmodern, post-colonial Christian faith. His 2011, Naked Spirituality, offers “simple, doable, and durable” practices to help people deepen their life with God.

Brian’s Why Did Jesus, Moses, the Buddha, and Mohammed Cross the Road? explores the intersection of religious identity, inter-religious hostility, and human solidarity. And his 2016 release, The Great Spiritual Migration, has been hailed as his most important work to date.

A frequent guest on television, radio, and news media programs, he has appeared on All Things Considered, Larry King Live, Nightline, On Being, and Religion and Ethics Newsweekly. His work has also been covered in Time, New York Times, Christianity Today, Christian Century, the Washington Post, Huffington Post, CNN.com, and many other print and online media.

Brian is married to Grace, and they have four adult children and five grandchildren. His personal interests include wildlife and ecology, fly fishing and kayaking, music and song writing, and literature.

To learn more about Brian visit his site here.