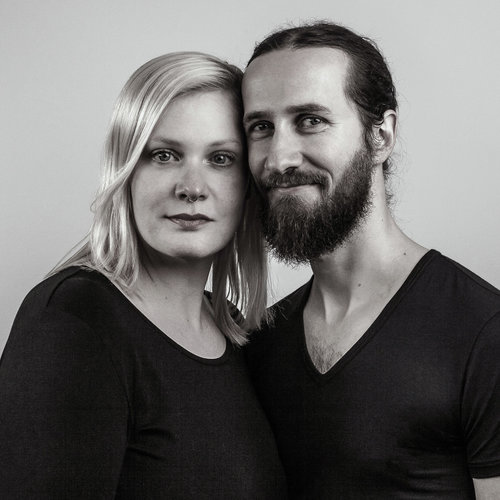 Beatrice Behn and René Gebhardt talk about their new film The Artist and the Pervert, love and destructive desires, the complicated relationship between art and life, voyeurism, the clichéd representation of others and espresso machines as inspiration.

Georg Friedrich Haas is arguably the most important living composer of symphonic music, but also a descendant of a Nazi family. His wife, whom he met through the dating site “OkCupid,” is an African-American kink educator.

Their deep relationship is based on an open, yet controversial role-playing game between a white male master and a black female slave.

This groundbreaking film documents their lives between perversion, art, love, and radical self-determination.

Beatrice Behn is a freelance film critic with 10+ years of experience and senior film critic and editor-in-chief of Kino-Zeit, the largest German language film magazine for arthouse and independent film.

She is also about to graduate from Freie Universität Berlin with a Master’s degree in film studies. Her fields of expertise are genre cinema, bodies & genders and feminist film studies. ̓THE ARTIST & THE PERVERT‘ is her first feature length documentary. Beatrice is based in Berlin, Germany.

René Gebhardt is a German art director, designer and filmmaker. He won numerous national and international creative awards for his works as an art director, 10 Lions at the ‚Cannes Lions International Festival of Creativity‘ among them. ‚THE ARTIST & THE PERVERT‘ is his first feature length documentary film. He is based in Berlin, Germany.