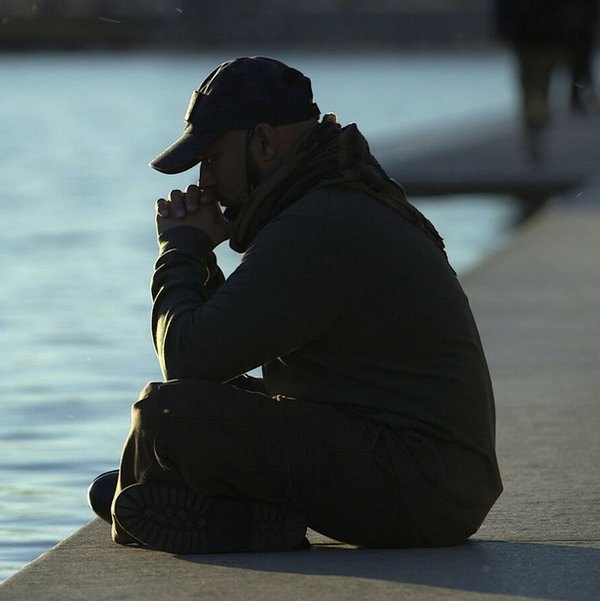 Toronto-based director and screenwriter Barry Stevens, who has also worked as an actor, has extensive experience in writing TV drama, and has successfully transported his storytelling skills to his documentaries. He won the Writers Guild of Canada Award and the Audience Award at the Amsterdam International Documentary Film Festival for Offspring, an entertaining account of the search for his biological father.

The Bomber’s Dream, a critical examination of aerial bombing, was also inspired by an unusual family fact: during WWII some of his British relatives were bombed by German members of his extended family.

He co-wrote the International Emmy Award-winning documentary Gerrie & Louise, about the South African Truth Commission and was Executive Producer and directed all 24 episodes of the documentary series War Story.

From Emmy-nominated and CSA-Award Winning production company Matter of Fact Media, Undercover Jihadi premieres on TVO. Following Mubin Shaikh, a former extremist militant turned undercover counter-terrorism operative as he speaks with former extremists, counter-terrorism experts and families of victims, Undercover Jihadi presents a thorough and international examination of the threat of extremism, the possibility of de-radicalization and actively challenges misconceptions of both Islam and Muslims.

“This is an important and timely documentary, that offers some insight into the process of radicalization of terrorists, through the eyes of Mubin Shaikh,” said Vanessa Dylyn, producer of Undercover Jihadi. “We hope that viewers of the film will be inspired to become involved in their local communities to address the problem of youth radicalization, and to foster understanding between people of differing ethnicities and religious faiths.”

As a government intelligence informant, Shaikh risked his life to stop the Toronto 18, a sophisticated homegrown terrorism plot with links to the US and the UK. His court testimony sent eleven men to prison. Shaikh is now a sought-after consultant to international intelligence organizations involved in combating terrorism and jihadism.

“TVO documentaries bring audiences nuanced and in-depth stories. They explore social, economic and political issues through a uniquely personal lens,” said Natasha Negrea, TVO Executive Producer, Documentaries. “Undercover Jihadi presents Mubin Shaikh’s extraordinary personal experience and offers an important perspective to the conversation around violent extremism.”
Award-winning Director Barry Stevens has made numerous films about war and conflict. With Undercover Jihadi, he follows Shaikh as he explores how different countries —including the United States, France, Germany, Canada, and the United Kingdom— are dealing with extremists (including both neo-Nazis and violent jihadis) and how they try to divert and de-radicalize them.
“I wanted to explore the problem that confronts us in the ‘West.’ The first reaction is often to enhance surveillance of Muslims, and even to ban Muslims from entering Western countries. But before someone has committed a crime, or when they are in prison, it is possible to engage with people who have extremist ideas and change their direction,” said Stevens.