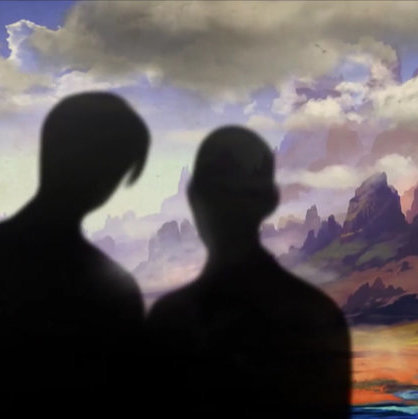 Khan is a filmmaker, film festival director, festival strategist and film educator from Canada. Born in Pakistan, Khan believes in cinema as a catalyst for change. He hopes to make films that shed light on subjects that are ignored by the mainstream media.

He is interested in realism in cinema and the new wave in South Asian cinema, yet not restricted to any one cinematic genre. As a gay man, Filmmaker Arshad Khan explores his troubled relationship with his devout, Muslim, Pakistani father Abu. Khan documents his struggles with his sexual identity as his Muslim parents attempt to fit into Canada.

Using family archives, pictures and movies, ABU is a revealing and deeply affecting portrait of a family’s tug-o-war between conservatism and liberalism that has greater implications for those choosing the west as their home.

ABU is a journey to the centre of a fragmented family while they grapple with religion, sexuality, colonialism and migration. Through a tapestry of narratives composed of family footage, observation and classic Bollywood films, gay-identifying Pakistani-Muslim filmmaker Arshad Khan takes viewers through the tense relationships between family and fate, conservatism and liberalism and modernity and familiarity. Hidden within the cabinets of my parents homes, from Lahore to Mississauga, are an enormous archive of family films capturing the days of my youth and teenage-hood.

As I sat to write a film about a Pakistani immigrant girl with magical powers living in Mississauga, another story kept interrupting the narrative: it was the story captured on those tapes, it was the story of my family, my youth and my “abu”. My father had recently passed at the time I began crafting this film, while I was awaiting funds for the fiction work that was consistently being put on the back burner while I delved into the VHS tapes of my families histories. I kept the slow wane of time in mind as the fragments of narrative of my family began to unfold before more eyes.