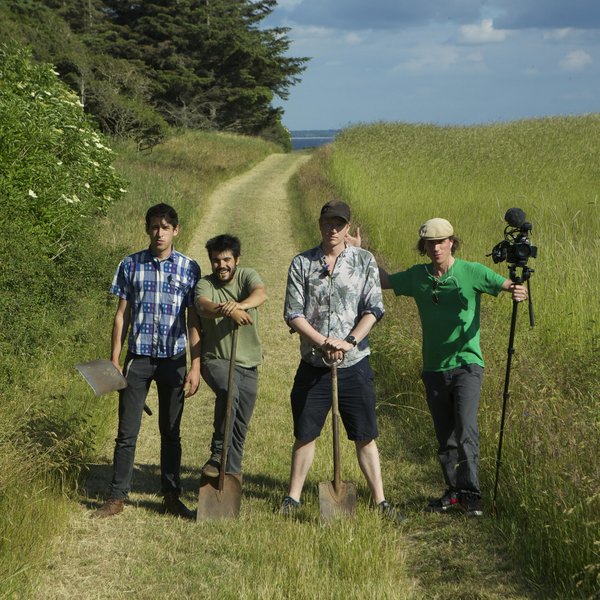 Andreas and Face2Face host David Peck talk about his new film Bugs, tasty food, sustainability, colonialism and how we’re so often driven by trends and the media.

More info about the film here.

BUGS follows three young men from Nordic Food Lab – Josh Evans, Ben Reade and Roberto Flore, as they forage, farm, cook and taste insects with communities in Europe, Australia, Mexico, Kenya, Japan and beyond. During their journey they encounter everything from revered termite queens and desert-delicacy honey ants to venomous giant hornets and long-horned grasshoppers.

The Nordic Food Lab journeymen experiment with culinary practices and tastes – in a two-way process of learning from others around the world while trying to push boundaries themselves.

Over the last few years, since the UN recommended edible insects as a resource to combat world hunger, insects as food has become a hot topic. They have been heralded for their taste by cooks and gastronomes, for their low ecological impact by environmentalists, and for their nutritional content by public health scientists. It would seem that insects are the new superfood that will fix all our problems of global food security.

BUGS offers an open-minded exploration into the world of edible insects.

Andreas Johnsen has made a number of documentaries as both a director and a producer since 2002. His films have been shown around the world on many festivals and on television in Denmark and abroad.

His film ‘Ai Weiwei – The Fake Case’ was nominated at IDFA’s “Feature Length Competition”, nominated in Berlin 2014 at Cinema for Peace Awards and won the Danish Film Critics Award 2014.

The film has furthermore been selected for over 15 film festivals, been sold to BBC and 7 other territories.