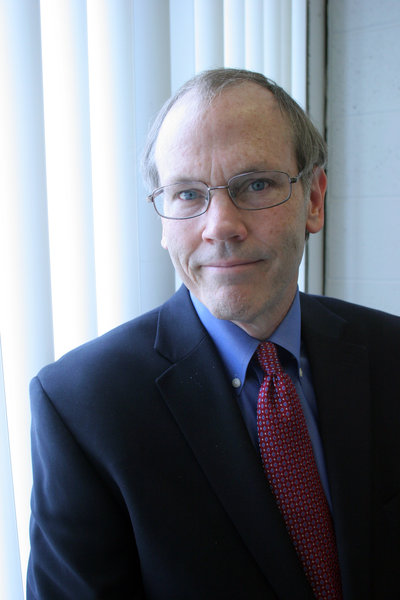 Prof. Alexander Hinton of Rutgers University and Face2Face host David Peck talk about his new book Man or Monster: The Trial of a Khmer Rouge Torturer, genocide, evil and the “sin of not seeing.”

You can get his new book and others here below.

Why Did They Kill

Alexander Hinton is Director of the Center for the Study of Genocide and Human Rights and Professor of Anthropology and Global Affairs at Rutgers University, Newark. He is also a past President of the International Association of Genocide Scholars (2011-13) and holds the UNESCO Chair in Genocide Prevention.

He serves as an Academic Advisor to the Documentation Center of Cambodia, on the International Advisory Boards of journals such as the Genocide Studies and Prevention, Journal of Genocide Research, and Journal of Perpetrator Research, and as co-editor of the CGHR-Rutgers University Press book series, “Genocide, Political Violence, Human Rights”.

In 2009, Alex Hinton received the Robert B. Textor and Family Prize for Excellence in Anticipatory Anthropology “for his ground-breaking 2005 ethnography Why Did They Kill? Cambodia in the Shadow of Genocide, for path-breaking work in the anthropology of genocide, and for developing a distinctively anthropological approach to genocide.”

Professor Hinton was a Member (2011-12) and Visitor (2012-13) at the Institute for Advanced Study in Princeton. Professor Hinton served as an expert witness at the Khmer Rouge Tribunal in 2016. He has lectured across the globe about genocide, atrocity crimes, justice, and the aftermaths of mass violence.

He is the author of the award winning: Why Did They Kill? Cambodia in the Shadow of Genocide and nine edited or co-edited collections, Colonial Genocide in Indigenous North America, Mass Violence: Memory, Symptom, and Response, Hidden Genocide: Power, Knowledge, Memory, Transitional Justice: Global Mechanisms and Local Realities after Genocide and Mass Violence, Genocide: Truth, Memory, and Representation, Night of the Khmer Rouge: Genocide and Democracy in Cambodia, Annihilating Difference: The Anthropology of Genocide, Genocide: An Anthropological Reader, and Bio Cultural Approaches to the Emotions.